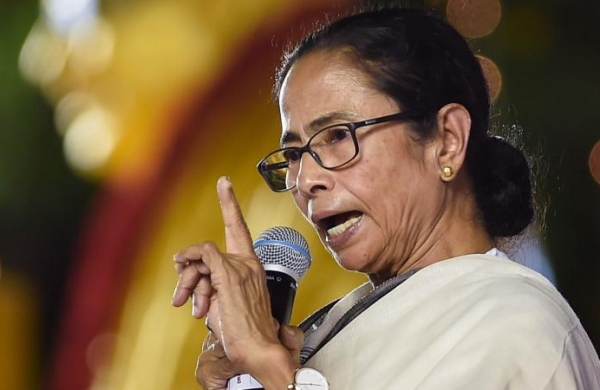 By PTI
KOLKATA: Hitting out at the BJP-led government at the Centre for abolishing the Planning Commission conceptualised by Netaji Subhas Chandra Bose, West Bengal Chief Minister Mamata Banerjee on Monday said that her government would come up with a similar body to take forward the nationalistic leader’s ideas and vision.

She urged Nobel laureate economists Amartya Sen and Abhijit Banerjee and Bose’s grandnephew Sugata Bose, a historian and former Trinamool Congress MP, to advise the state government on this.

The Narendra Modi government disbanded the Planning Commission in 2014 and had formed the Niti Aayog.

“We will start a Bengal Planning Commission to take Netaji’s vision to the world level,” Banerjee told reporters after a meeting of a committee set up by the TMC government to plan year-long celebrations to mark the 125th birth anniversary of the freedom fighter.

She also demanded that Netaji’s birthday on January 23 be declared a national holiday.

The CM also stressed on her demand that the Centre declassify all the files on Netaji.

“We have already done it (declassified some files). We are demanding that the Centre declassify all files related to Netaji Subhas Chandra Bose,” she said.

Abhijit Banerjee and other members of the committee attended the virtual meeting.

Netaji’s birthday on January 23 will be celebrated as ‘Desh Nayak Divas’ in West Bengal, Banerjee said adding that a ‘Azad Hind Fauj’ monument will be soon erected in Rajarhat area of Kolkata.

The chief minister also proposed forming a ‘Jai Hind Bahini’ along the lines of the National Cadet Corps in state-run schools and colleges in memory of Netaji.

Elaborating on it, she said the Jai Hind Bahini will be like the government’s flagship ‘Kanyashree’ project.

Those who join it will get priority in getting scholarships and will be trained by the government.

“We will be investing the money for the future generation. The colleges and university and the education department will take the initiative to provide fellowships to those in the Bahini,” she said.

She advocated a short film or a documentary on Netaji for schoolchildren.

Besides, a CD of songs related to Netaji will also be brought out, she said adding the state government will set up a ‘national university’ named after Netaji.

“We will set up a national university without taking help from anybody. This university will have links to world class universities like Havard, Cambridge and Oxford,” she announced.

The chief minister said that on Netaji’s birthday a rally will be organised from Shyambazar in north Kolkata to Red Road in the central part of the city.

A tableaux on the life of Netaji will be taken out dring the Republic Day parade here on January 26, while during this year’s Independence Day rally will be themed on the nationalistic leader.