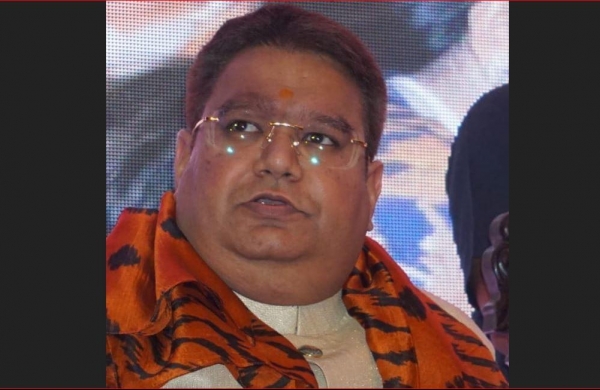 By ANI
KOLKATA: Weeks ahead of the polling for the first phase of West Bengal Assembly elections, Trinamool Congress leader Dinesh Bajaj resigned from his party and said he will join the Bharatiya Janata Party (BJP).

Bajaj’s decision came after TMC’s announcement of its candidate for the Assembly polls.

“I will join the BJP. If BJP names me as its candidate, I will make sure that the BJP wins. People know me and they will vote for my work,” he confirmed to ANI.

He said that he has resigned from the party by sending a personal message to Chief Minister Mamata Banerjee itself.

“Please accept my resignation from all the positions held in Trinamool Congress and also from the primary membership of the Trinamool Congress. I am thankful to you for giving me a chance to serve the people from 2006 to 2011 as MLA,” Bajaj stated in his message.

Bajaj said he shared a good relationship with the TMC chief and Chief Minister Mamata Banerjee and was waiting that this time party(TMC) will give him a chance.

Listing out the cause behind his resentment, Bajaj further said he is annoyed with the way the TMC is speaking against the Hindi speaking people and calling them “outsiders”. He also raised the issue of the TMC’s protest against ‘Jai Shri Ram’ slogan.

“The TMC government is not taking care of Hindi speaking people. They are left behind and it is humiliating the way the party is insulting and calling them outsiders.

Asked why he did not raise the matter with Banerjee, Bajaj said: “I will not say like others that I did not get a chance to speak to her. I spoke to her every day over the phone but I understand its useless. It is the time to make decisions as I was getting several offers from BJP.”

Earlier in the day, Dinesh Trivedi, who had resigned as TMC MP in Rajya Sabha on February 12, joined BJP in the presence of the party’s national president JP Nadda in New Delhi.

Several TMC leaders had earlier joined the BJP in the run-up to Assembly elections.

West Bengal Assembly elections for 294 seats will be held in eight phases starting from March 27 with the final round of voting taking place on April 29. The counting of votes will take place on May 2.