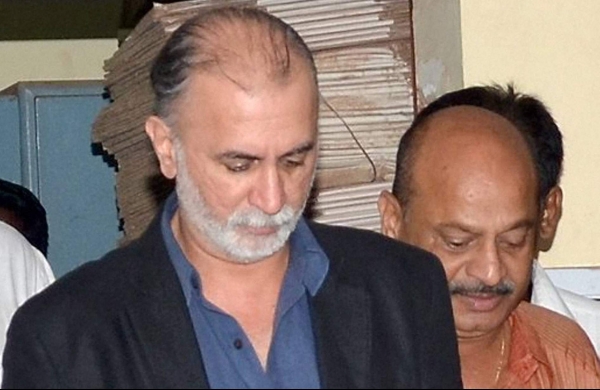 By PTI
NEW DELHI: The acquittal of journalist Tarun Tejpal by a sessions court in a 2013 sexual assault case is “disappointing” and has made the fight for justice harder for women, the IWPC said on Saturday, while welcoming the Goa government’s decision to file an appeal against it in the high court.

Tejpal, the former editor of Tehelka, was acquitted of all charges by a sessions court in the state on Friday seven years after a woman colleague accused him of sexual assault in the elevator of a luxury hotel in Goa.

Goa Chief Minister Pramod Sawant, however, said his government would file an appeal against the acquittal in the high court as it was confident that there was evidence against the journalist.

“The IWPC stands fully behind the survivor and her version of events. It welcomes the Goa government’s decision to appeal against the session court’s judgment,” the Indian Women’s Press Corps said in a statement on Saturday.

Tejpal was facing trial under sections 341 (wrongful restraint), 342 (wrongful confinement), 354 (assault or criminal force with intent to outrage modesty), 354-A (sexual harassment), 354-B (assault or use of criminal force to woman with intent to disrobe), 376(2)(f) (person in a position of authority over women, committing rape) and 376(2)k) (rape by a person in a position of control) of the Indian Penal Code (IPC).

The IWPC said it took “great courage” for the young woman journalist to come out against her editor and fight tirelessly for more than seven years in a system that is “skewed in favour of men.”

The case and the way it proceeded is a symptom of power imbalance where all too often women complainants don’t get a fair hearing, it said.

“The acquittal of Tejpal has made the fight for justice harder for women,” the journalists’ body said.

The IWPC called upon all media organisations to inculcate a work culture that does not permit any form of sexual harassment, and when they are reported take immediate, meaningful action to address them in a fair and just manner which brings some relief to the complainant.