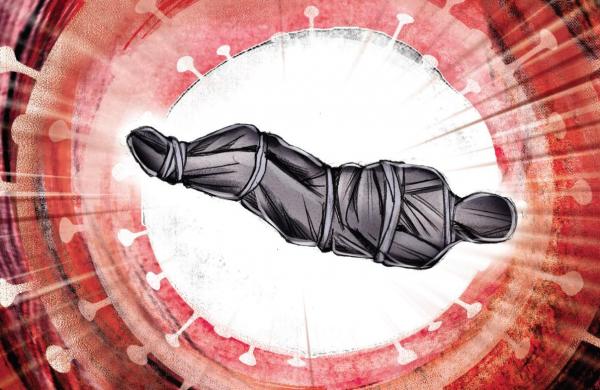 Express News Service
VARANASI: A week after a 31-year-old Covid-positive Thai woman passed away at a hospital in Lucknow, her death has triggered a political controversy in Uttar Pradesh.

On the basis of local media reports alleging that the Thai woman was ‘call girl’ called to Lucknow by BJP Rajya Sabha member Sanjay Seth’s son, the opposition Samajwadi Party’s national spokesperson IP Singh has demanded a CBI probe into the entire matter. The socialist politician has also shared on twitter a picture of Sanjay Seth with Prime Minister Narendra Modi.

“Amid the worldwide COVID-19 pandemic, a call girl was called from Thailand, who died later due to COVID. Has the UP Police got the guts to investigate and act in the matter. I demand a CBI investigation into the Thai girl’s death in Lucknow,” the SP leader wrote in a series of tweets on Sunday and Monday.

Sanjay Seth (also a prominent builder in Lucknow), who was earlier with the SP, has, meanwhile, written a letter to the Lucknow Police Commissioner DK Thakur, demanding a thorough investigation into the matter and also demanded action against those who are maligning his family “by spreading rumours over social media.”

The Thai woman, who reportedly came to Delhi on a three-month tourist visa in March 2020, later arrived in Lucknow. She was admitted to a hospital in the UP capital on April 28 and subsequently tested Covid positive, before her death on May 3.

With no one claiming the Thai woman’s body, her mortal remains were cremated under police supervision by following necessary Covid protocol in Lucknow, after getting clearance from the Thailand Embassy in New Delhi.

According to Lucknow Police Commissioner DK Thakur, a probe has been ordered into the entire matter. “The probe is being headed by DCP (Lucknow East) Sanjiv Suman.”

Meanwhile, the DCP Sanjiv Suman, who has been tasked by the city’s police commissioner to probe the entire matter, said on Monday, “Primary probe has revealed that the Thai woman was a certified therapist, who has been coming to Lucknow in the past also and working with a spa center O2 Thai Spa in Lucknow. She was working with the same spa, which is owned by Rakesh Sharma and managed by one Salman.”

“It was Salman only who had got the woman admitted at the Ram Manohar Lohia Hospital in Lucknow last month and also undertook her body’s cremation earlier this month. We’ve already questioned Salman in the matter and will also quiz the spa owner Rakesh Sharma and others,” the DCP said.

“Serious allegations have been leveled against a public representative and respectable citizen. If during our probe nothing incriminating is found, then action will be taken against those from whom the messages have originated on social media. We appeal to all those who’ve been circulating such messages on social media to furnish evidence in support of their allegations to the police for further probe,” he added.