weather:Even today there is a possibility of rain in the district 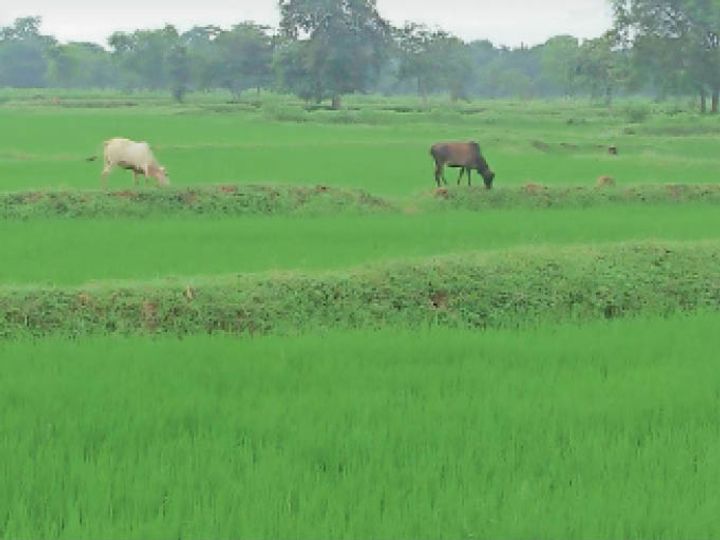 Janjgir : 220.7 mm of rainfall occurred in the district in 24 hours, 44 mm rain in most Dabhra block

The cyclonic cyclone of upper air is located 7.6 km with a low pressure area in and around the Bay of North Bengal, due to which the monsoon Dronika remained at its normal position. This system moved in the north-west direction, due to which rains occurred in Bilaspur division as well as Janjgir-Champa district. Meteorological Department officials have warned of heavy to very heavy rainfall on Thursday as well. After no rain for four days, once again the district continued to rain throughout the day from Tuesday night to Wednesday. The reason for this is being said to be the monsoon activation. The district has received 1142.7 mm of rain so far due to incessant rains during the month of Bhado, whereas the average rainfall in the monsoon season of the district is considered to be 1250 mm. According to this, 103.9 mm of rain has been received so far. 220 in all tehsils across the district from morning to Tuesday morning. 7 mm of rain. The maximum rainfall during this period was 44 mm in Dabhra tehsil, while the lowest 7.2 mm was in Janjgir tehsil.

Due to these reasons, there will be good rains even today:
According to Dr. HP Chandra of Dr. Chandra Meteorological Center Raipur, the marked low pressure area is located over the Bay of North West Bengal and adjoining Tatia Gangetic over West Bengal and coastal North Orissa. . Along with this, the cyclonic cyclone of upper air is located up to 7.6 km altitude. Monsoon Dronika is located in Ganganagar, Hisar, Hardoi, Gorakhpur, Patna, Jamshedpur area of ​​low pressure and then east southeast direction up to the Bay of Bengal in northeast. On 27 August, light to moderate rain or thunderstorms are likely to occur at most places in the state. There is a possibility of heavy to very heavy rainfall in some places of the state and extreme heavy rainfall in one or two places.