We will try our best to win the IPL Trophy next year: Shreyas 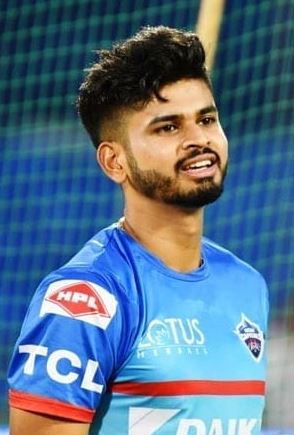 After being defeated by Mumbai Indians by five wickets in the title match of the IPL, Delhi Capitals captain Shreyas Iyer has said that his team will try their best to win the trophy next year. Delhi scored a challenging score of 156 for seven in 20 overs, batting first in the title match of IPL-13 on Tuesday, but this score was not enough to defeat Mumbai.

Mumbai took the title to 157 for five in 18.4 overs and Delhi, who was playing the final for the first time, broke their dream of becoming the new IPL champion. Shreyas praised Ricky Potting, the head coach of Delhi Capitals after losing the match and said – the way Ricky gave us the freedom to play in our own way is unprecedented. The way he has encouraged the players is amazing. His meetings and motivational speeches with the team were exceptional.

He said, IPL always surprises you. This is one of the most difficult leagues. I am very happy to be a part of it. I am proud of my players. The way he has played to reach the finals is not easy. It would have been better if we had won the IPL. We will try to win the trophy next year. I want to thank our fans. We are grateful for the way our fans supported us throughout the tournament.