We will take request for virtual meetings of standing committees to Rules Committee: LS Speaker 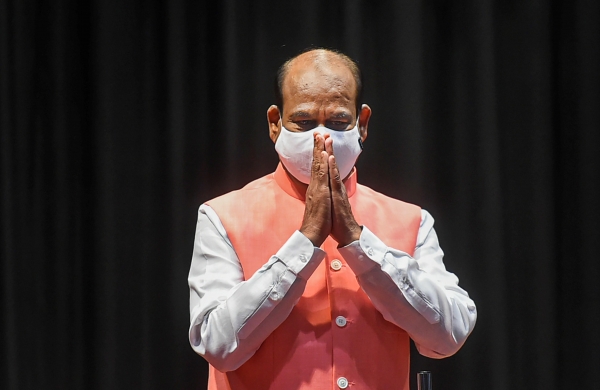 By ANI
NEW DELHI: Lok Sabha Speaker Om Birla has said that the demand by some standing committee chairmen to hold meetings of standing committees virtually will be examined by the Rules Committee and noted that the existing rules state that proceedings of these panels should be held in private.

In an interview with ANI, the Speaker said parliamentary committees discuss matters of public interests, rising above the party lines.

He said chairmen of some parliamentary committees had made a request to hold meetings virtually in view of the situation created by COVID-19.

“Since meetings of the committees are classified as per Lok Sabha rules, they should not be held virtually or come in the public domain. We will take this request to our Rules Committee and discuss it,” Birla said.

Rule 266 of rules of procedure and conduct of business in Lok Sabha states that “the sittings of a Committee shall be held in private”.

The rules also state that all persons other than members of the committee and officers of the Lok Sabha Secretariat “shall withdraw” whenever the committee is deliberating.

Birla said that last time 2664 recommendations were made by parliamentary committees of which 1762 were accepted by the government.

With the decline in COVID-19 cases, parliamentary committees have resumed their physical meetings.

The Speaker, who has completed two years as Lok Sabha Speaker, said his attempt has been to give sufficient time to the party which has even a single member in the House.

“In a democracy, our effort should be to respect views of Opposition members. My attempt has been to give sufficient time to the party which has even a single member in the House. In a democracy, decisions should be taken based on a broad consensus and not just majority,” he said.

Birla, who has laid a lot of thrust on the smooth functioning of the House, said he has politely told members that showing placards and raising slogans in the well of the House were not good practices.

The Speaker said his efforts have been that no one needs to come to the well of the House.

“Parliament members argue that it is the tradition to show placards and raise slogans in well of the House in case of differences. I politely told them that such traditions aren’t good. My attempt has been to ensure that no one needs to come in the well,” he told ANI.

Answering a query about the factional feud in the Lok Janshakti Party, he said matter of LJP “is not of defection but of the election of the leader of parliamentary party”.

“They held a meeting of the parliamentary party and submitted proceedings of the meeting to Lok Sabha Secretariat, which after verification, recognized the leader elected by them,” he said.

Pashupati Ram Paras was recognised as the leader of LJP in Lok Sabha in place of Chirag Paswan after the five of six party MPs gave a letter in his support.