We will have to be prepared to stay at LAC in Eastern Ladakh as long as required: Indian Army Chief General MM Naravane 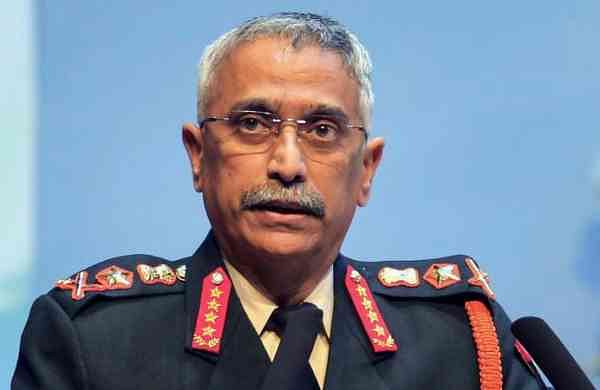 NEW DELHI: Indian Army Chief General MM Naravane on Wednesday made it clear that while the Chinese have carried out a major enhancement of the troop level and permanent infrastructure build up it remains to be seen whether they will permanently garrison themselves there or they will de-induct in the time to come. And, till then we will have to be prepared to stay.

Replying to the question of TNIE that whether the Chinese PLA was preparing for permanent deployment Army chief General Manoj Mukund Naravane addressing the Chief of Army Staff (COAS) Annual Press Conference 2022 told, “Amassing of large forces by the Chinese in Eastern Ladakh is the root cause of the situation which developed. Now that they are there and they have made a lot of infrastructure it remains to be seen whether they will permanently garrison themselves there or they will be amenable to some kind of de-induction in times to come.”

The Army Chief said that the reaching de-indcution will pass through several processes. But, before we reach that level, “we will have to be prepared to stay there as long as it required.”

As far as the ongoing situation is concerned it will have to follow a few laid out steps. Firstly, it will be dis-engagement, then we can think of a little bit of de-scalation and by that (it means) moving back from being bang on LAC to the areas in depth areas but remaining in the general areas.

“Once this kind of confidence is built up then we can think of de-induction wherein the troops can go in their permanent garrison.”

But, it has to be done mutually, the chief pointed out.

Talking about the overall border situation Naravane said,the situation that existed last January, “I think we can say, there have been positive developments, both along our Northern and Western Borders in the last one year.”

The 14th round of talks between the Indian and Chinese Corps Commanders was underway as the Chief was briefing the media.

“Good thing that talks are going on, it shows that we can resolve our differences through dialogue. Each time we talk we narrow down to the issues, that is why this mechanism is important,” Chief brought out.

To expect every round of talks to have an outcome is also quite unreasonable, number of rounds will be required to deal with the situation, Chief clarified, “We are hopeful that we will be able to resolve the issue of PP 15 (Hot Springs), the one which is pending as of now. Once that is done, we will go to other issues that predate the current standoff.”

The other issues include the Depsang and Demchok standoffs.

But while there has been partial disengagement, the Chief made it clear that “the threat has by no means reduced.”

Force levels, in areas where dis-engagement is yet to take place, have been adequately enhanced with around 60,000 troops from both sides deployed in Eastern Ladakh and there has been few positives of the surprise standoff which began in May 2020.

Keeping the incumbent situation, “Up-gradation and development of infrastructure, along the Northern Borders, is being carried out in a holistic, and comprehensive manner, including roads & tunnels, for all weather connectivity, Strategic Railway Lines, additional bridges across the Brahmaputra, up-gradation of bridges on critical, Indo-China Border Roads, and storage for supplies, fuel and ammunition. Major efforts have also been undertaken to identify dual use infrastructure,” said Army Chief.

Talking about the Line of Control, “after a heightened situation for a prolonged period, the DGMOs Understanding, in February last year, was aimed at achieving mutually beneficial, and sustainable peace, along the LC. Resultantly, the situation has witnessed marked improvement.”

Indian Army has resolved to show ‘Zero Tolerance’ to terror, and commit ourselves to extract dire costs, should that be forced upon us. There has been, “increase in concentration of terrorists in launch pads, across the LC and repeated infiltration attempts, once again expose their nefarious intents.”

Elaborating on the situation in the North-Eastern General Naravane said “it remained under control”.

Which has led to a graduated de-induction, of around two divisions from the counter terrorist duty to their primary duties.

Chief, said that the crisis on the Northern Borders also had a silver lining. “We have used this crisis as an opportunity to fast-track infrastructure development, undertake doctrinal reviews and make-up operational voids, through Emergency and Fast Track Procurements.”