We want our music to be relatable: K-pop band TXT on future, advice from seniors BTS 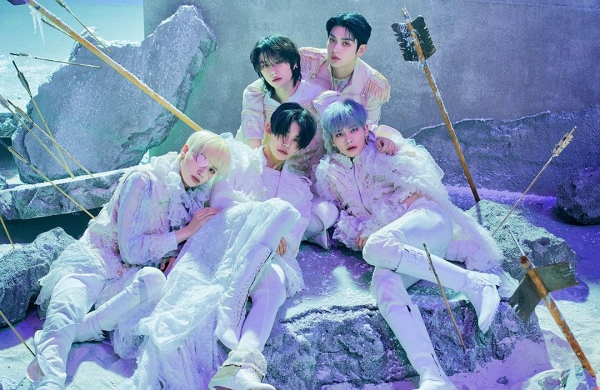 By PTI
NEW DELHI: Strong teamwork and consistency are key to the future of a new band is the advice that the Grammy-nominated group BTS shared with their South Korean counterparts, the upcoming quintet Tomorrow x Together (TXT).

BTS are the direct ‘sunbae’ (Korean word for senior) of Tomorrow x Together as both the groups hail from the music label HYBE Corporation, previously known as Big Hit Entertainment.

TXT — comprising Soobin, Yeonjun, Beomgyu, Taehyun and HueningKai — debuted in 2019, six years after BTS, and are billed as “leaders of K-pop’s 4th generation” and have won several accolades such as “new artist of the year”.

Asked what piece of advice has BTS shared with them over the years, Taehyun told PTI in an email interview, “They gave us a lot of great advice, but the ones they emphasized were the importance of strong teamwork, and the importance of always doing our best when performing because the stage is the one place where we can wholly show everything.”

The group has kept their seniors’ advice close to their heart, and has steadily been strengthening teamwork since their debut, the 19-year-old added.

In their journey that is only two years old, Taehyun said the members have come to depend on each other more.

“As we continue to come together and rely on each other, our genuine bond and brotherhood helps us share even better performances and music with the world.

We want to become a band that many listeners can relate to; we want the stories that we share through our music to touch the hearts of and resonate deeply with many people,” he added.

After scoring the No 25 spot on the Billboard 200 with their extended play (EP) album ‘minisode1: Blue Hour’ last year, TXT released their first Japanese studio album ‘Still Dreaming’ in January and they have followed it up with second studio album in Korean ‘The Chaos Chapter: Freeze’.

‘The Chaos Chapter: Freeze’, which was released on May 31, is a step up after their 2019 debut album (Korean) ‘The Dream Chapter: Magic’.

Leader Soobin described the ‘Dream Chapter’ series as “a coming-of-age tale of growth”, which followed a boy who encounters others who bear resemblance to himself, a sentiment borrowed from the band’s formative years in training.

“Our new ‘Chaos Chapter’ series opens a new page to the story. The boy from our stories now faces the harsh reality of the world and his life is no longer the bliss he once knew. In this new world, the boy feels empty and frozen. It’s a world of zero,” the 20-year-old said.

The boy, however, finds love and warmth eventually, Soobin added.

HueningKai has also served as a producer on this album and the 18-year-old member promised that the tracks on ‘The Chaos Chapter: Freeze’ are “genre-diverse and address a wide variety of topics and themes”.

“All of us actively participated in the creation of this album. For example, I was able to write lyrics and participate in producing for the first time with ‘Dear Sputnik’, and Taehyun helped write the music and lyrics for the same song,” HueningKai said.

Working with the producers and teams at the label helped him experience the track’s transformation from close quarters, the youngest member added.

“This was a really valuable experience for me. I learned so much more about producing and creating music through this opportunity. I’d like to create more songs of various genres in the future so please look forward to them,” he said.

American singers Mod Sun and Ashnikko, South Korean singer Seori and RM, the leader of BTS, also pitched in with ‘The Chaos Chapter: Freeze’, and Yeonjun said the group was “honored” to have had such respected artists participating in the creation of their album.

“I think each artist’s distinctive color and sound came together with TOMORROW X TOGETHER’s unique style to create a much richer discography, so we’re immensely grateful to them and very proud of the output,” the 21-year-old said.

While TXT is keeping details of their third studio album under wraps, they hope ‘The Chaos Chapter: Freeze’ is a ray of light for their fan group, known as Moment of Alwayness (MOA), like ARMY for BTS, amid the coronavirus pandemic.

“Many people around the world are having a difficult time due to the ongoing pandemic. We want our fans to know that we are with them and even if it’s just a little bit, we hope our music is able to serve as a source of strength and comfort,” Yeonjun said.

“Thank you for always showing us such great love, and we hope that the current situation improves as quickly as possible,” Beomgyu, 20, added.

From the craze of K-dramas, the historic Academy Award win of “Parasite” to BTS earning a Grammy Award nod for “Dynamite” and veteran actor Youn Yuh-jung becoming the first artist from South Korea to win an Academy Award for “Minari”, the country is having a moment in the entertainment industry.

Asked why South Korea is gaining popularity across the world, Beomgyu credited it to the “relatable stories” they tell.

“Wherever you may be or wherever you’re from, I think our shared experiences of living through these times together serve as the basis for stories that many people can relate to. I’d like to say that that’s the biggest reason why many people are resonating with our stories and culture now,” he added.