we need somebody like PM Modi to take country in right direction: Kushboo after joining BJP 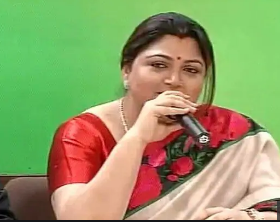 Earlier in the day, she tendered her resignation in a letter addressed to INC president Sonia Gandhi and extended ‘gratitude’ towards Rahul Gandhi. “Thank you very much for providing me the opportunity to serve my nation as a National Spokesperson and a Primary member of Indian National Congress. I Have always taken great pride to represent the Party on different platforms in most trying situations. I came into the fold of INC at the time when it was at its lowest,
being defeated in the 2014 Lok Sabha elections .1 did not walk into the Party for any monetary gains, name or fame.