We forced PM to bow before women: Priyanka 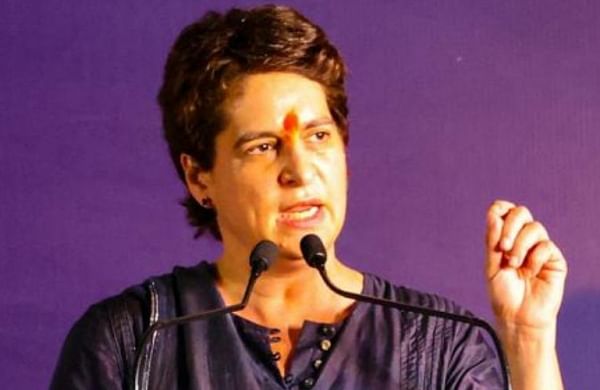 LUCKNOW:  Reacting sharply to the PM’s ‘naari shakti’ push, Congress general secretary Priyanka Gandhi Vadra claimed that it was due to her party’s initiatives that Modi was trying to lure the women voters just ahead of polls.

“Where were the BJP government for the last five years, why didn’t they make these announcements for the women all this long. They have come at the time of elections,” she tweeted. Priyanka also claimed that she had she had asked the UP women to acknowledge their power. “UP women please see. Today, in front of your power, PM Modi has bowed. But only a leaf had fluttered and a storm is yet to come. Unity of sisters will bring a revolution.”

She claimed that she had given the slogan ‘Ladki Hoon, Lad Sakti Hoon’ – which had compelled the PM to focus on women empowerment. “Women have woken up. This is the victory of the women of Uttar Pradesh. I am very happy,” she said.

Meanwhile, the Congress General secretary also charged the dispensation with being behind the alleged hacking of the Instagram account of her children. Priyanka was alluding to the phone-tapping allegations made by SP chief Akhilesh Yadav against the Yogi Adityanath government. Akhilesh Yadav on Sunday had accused Uttar Pradesh Chief Minister Yogi Adityanath of ‘phone-tapping’.