We did well again in batting: Finch 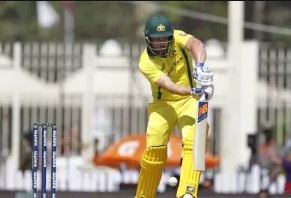 Australia captain Aaron Finch on Sunday said that after defeating India in their second ODI series, his team said that his team performed well in batting. Australia scored a mammoth 389 runs from Steven Smith (104) for his second consecutive storm century and openers David Warner (83), Aaron Finch (60), Marnus Labuschen (70) and Glenn Maxwell (63 not out) and India. This match and series was named after stopping for 338 runs. Finch said, “We performed well in batting. It is good whenever you score more than 300.

It is pleasant to win two matches in a row. Nothing can be said about David Warner’s fitness. We have to think about it. I do not think they will be available in the next match. But the way he started us is really amazing. However, the batsmen after that played their role well and strengthened the innings. “The way Warner played is unbelievable.” After this, Smith continued his brilliant form and scored a century in the second match in a row. Henriques bowled with easy strategy and changed his pace. As Virat Kohli said, we knew Hardik Pandya’s bowling blueprint but it is difficult to hit his ball during fast bowling.