‘We are now at God’s mercy’: Four siblings left to fend for themselves as mother dies from Covid 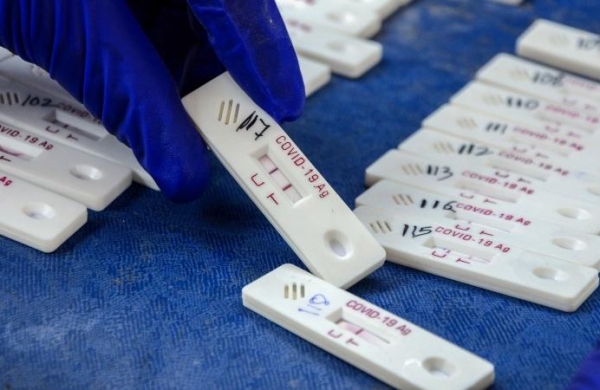 By PTI
BALLIA:  “We are now at God’s mercy”, says 10-year-old Kajal, saddled with the responsibility of taking care of her three younger siblings after their mother died two weeks ago due to coronavirus.

Their father Santosh Paswan had died of cancer about three years ago, following which their mother Poonam Devi had been looking after them.

Poonam Devi died on May 10, leaving behind her children Kajal, Ruby, Renu and Ankush, aged five to 10.

Their both parents worked as labourers and had no agricultural land.

“My mother has died from coronavirus. We are three sisters and one brother. We had some foodgrain in the house but nothing is left now. We are now ‘bhagwan bharose’ (at God’s mercy),” Kajal told reporters at Dalanchhapra village in Ballia’s Bairia tehsil.

Villagers say they have two elder sisters, who are married and not in a position to take care of them.

“We have nothing with us now,” says Ruby.

However, seven-year-old Ankush wants to study and join the police force when he grows up.

“Didi cooks for us. I want to study and join the police force,” says Ankush, who performed the last rites of his mother.

In his innocence, Ankush says he will marry with the help of donations.

Meanwhile, Bairia SDM Prashant Nayak says he is aware of their mother’s death and if any other member of their family takes their responsibility, monetary help will be provided for it till they assume the age of 18.

Otherwise, the children will be sent to a shelter home, he says.