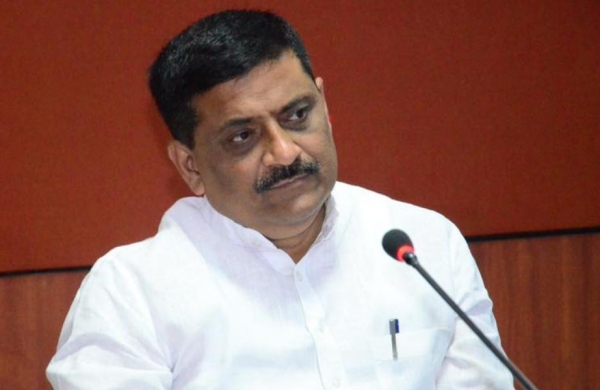 Express News Service
ATNA: “Bihar will herald another green revolution within 5 years”, claimed minister of water resource Sanjay K Jha, adding that the government will provide water to every agriculture land in next five years.

Sanjay Kumar Jha made the announcement in the Assembly on Tuesday. “With this task accomplished under the leadership of CM Nitish Kumar, Bihar will be certainly able to herald a new round of Green Revolution”, he claimed. Jha presented the budgetary demand of Rs 4,074.38 crore of his department for the financial year 2021-22.

“If CM Nitish Kumar ji has promised the people of the state to provide water to every agriculture land, it will be fulfilled in the next five years and will lead to a Green Revolution”, he said. In Bihar, out of a total area of about 93.60 lakh hectares, 56.03 lakh hectare land is in agriculture which receive irrigation from different sources.

Besides this, he said that the government is also constructing the state’s first rubber-dam to ensure the availability of water in the Phalgu River near the Vishnupad temple in Gaya city, where people from India and abroad gather in large numbers for charity.

Sanjay Kumar also informed that the water resource department has prepared a website and mobile app namely the ‘Irrigation Nishchay’.

“A survey is also being carried out across the state for completing the water irrigation project to every agriculture land. And the survey team comprises of officials from five departments including water resources, minor irrigation, agriculture, panchayat raj and energy”, he said.

He said that Ganga water through pipeline will be supplied in the four cities of historical, tourism and religious importance — namely Rajgir, Bodh Gaya, Gaya and Nawada.

In the first phase, the Ganga water will be purified and supplied to Rajgir, Bodh Gaya and Gaya through the pipeline by September 2021 while Nawada would be covered in the second phase. Elaborating further, Jha said that the water from  Ganga would be deposited in various artificial reservoirs during the four months of the monsoon and later supplied by the pipeline.