Was tricked into donating for Ram Temple, alleges Congress MLA 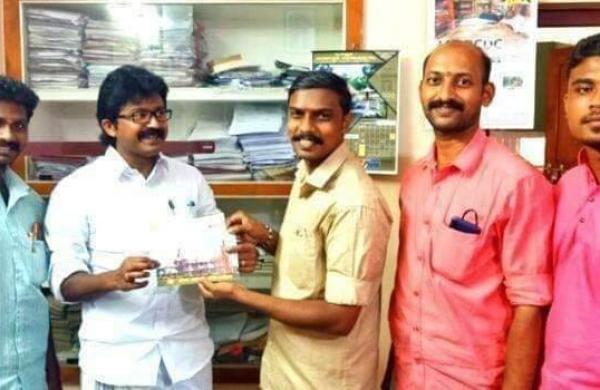 By ANI
NEW DELHI: After a photo of Congress MLA from Perumbavoor in Kerala, Eldhose Kunnappilly, has gone viral on social media with claims that he has donated money to Rashtriya Swayamsevak Sangh (RSS) for the construction of Ram Temple in Uttar Pradesh’s Ayodhya, the MLA on Wednesday shared a video on social media stating that he was ‘tricked’ into donating for the Ram Mandir by the RSS.

The viral photo shows the MLA holding a card with the image of a building on it along with three men, which is being widely shared on social media.

However, Kunnappily claimed that ‘out of his innocence’ he donated Rs 1,000 for the temple construction.

He alleged that some people had contacted him asking for donations for the construction of the temple but ‘did not reveal’ that they were associated with the RSS or whether the donation was for the Ram Mandir.

Hitting out at RSS, the Perumbavoor MLA said, “I am a secular person and it is disheartening that they fooled me. You (RSS) should engage in politics ethically.”

“I express my grief over this RSS propaganda if that has in any way hurt religious sentiments of some communities,” he said in the video posted.

Shri Ram Janmbhoomi Teertha Kshetra Trust is conducting a mass contact and contribution campaign for the construction of the grand temple in Ayodhya, which began on January 15 and will go on till February 27.

After the Supreme Court gave the verdict for the construction of the Ram Temple in Ayodhya, Prime Minister Narendra Modi performed Bhoomi Pujan for the temple on August 5, 2020, at the temple site in Ayodhya.