Warner out of ODI and T20 series against India, suspense even on playing test 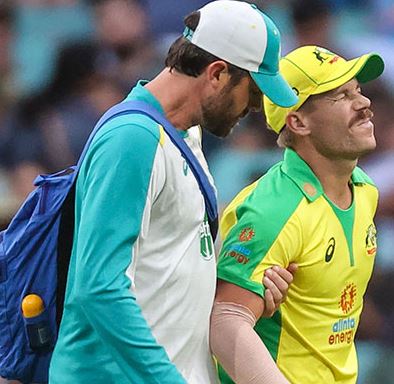 Australia have captured the series of 3 ODIs against India. But there is no good news for Australia amid this victory. In addition to the last ODI due to injury, opener David Warner has been out of the T20 series due to injury.

Before the first Test, Warner will now have 18 days to get fit. In such a situation, there is suspense in the test series. Warner was injured while fielding against India at the Sydney Cricket Ground. After which he was taken to the hospital for a scan. The scan report will come on Monday.

According to Australian media, Warner may opt out of the T20 series as well as the Test series. Captain Aaron Finch himself has said after the match that he will have to find a new partner for the last match of the series. Another team member, Glenn Maxwell, said after the match that he hoped Warner would return soon after recovering, but he also said that Warner was in a lot of pain on the field. Marnus Labuschen has also indicated that the team will have to get used to playing without Warner in the current season.

The incident happened in the fourth over of the Indian innings with David Vonzr. Warner dived at mid-off to prevent a shot of Shikhar Dhawan, but during this time his left leg was sprained. Warner was seen in a lot of pain after this. If Warner is out of the remaining matches of the series, then it will be a big blow for Australia.