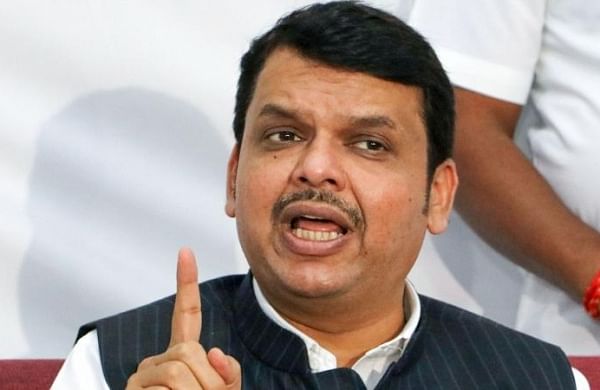 NEW DELHI: As the NCP seeks to make fresh inroads in Goa, a verbal duel has broken out between the Sharad Pawar-led party and former Maharashtra chief minister Devendra Fadnavis.

Fadnavis, who is in charge of the BJP’s affairs in Goa, had mocked Pawar’s attempts to cobble up an alliance with the Congress and the Trinamool Congress (TMC) in the coastal state, which will go to polls on February 14.

“A party does not acquire a national footprint by merely including ‘nationalist’ in its name. Though it is called the Nationalist Congress Party, in reality, the party is limited to western Maharashtra,” he had told reporters.

NCP leaders Ajit Pawar, Supriya Sule and Nawab Malik hit back at the Bharatiya Janata Party (BJP) leader and asked him to exercise restraint while speaking about Sharad Pawar.

NCP chief spokesperson Malik reminded Fadnavis how the veteran leader had prevented him from returning as the chief minister after the 2019 Maharashtra Assembly polls.

“If he continues to speak in the same vein, Sharad Pawar will not hesitate to show him the ghats of Kashi,” he wrote on Twitter, in an apparent hint at ending the political career of the BJP leader.

In the run-up to the 2019 Maharashtra Assembly polls, Fadnavis had famously declared that the era of Sharad Pawar’s brand of politics was over.

“The era of Sharad Pawarji’s politics is over. The kind of politics he would play of making and breaking (parties) is over now. Such politics will not work. Generations have changed, people do not accept such politics now,” he had said.

As the Shiv Sena walked out of its coalition with the BJP after the 2019 Maharashtra polls, Fadnavis had assumed office as chief minister with NCP leader Ajit Pawar as his deputy.

However, the arrangement barely lasted for three days as Sharad Pawar ensured that none of the NCP MLAs supported the government.

Fadnavis had to resign as chief minister within 80 hours and Ajit Pawar too returned to the NCP fold.

Sharad Pawar then cobbled up an unlikely alliance of the Shiv Sena, the NCP and the Congress to deny the BJP, the single-largest party in the Assembly, a shot at power.

Fadnavis has lost no opportunity to take a swipe at Sharad Pawar, who has hit back in equal measure.

Last month, Fadnavis had scoffed at the NCP’s attempt to portray its chief as a prime ministerial candidate in the 2024 Lok Sabha election.

“The NCP has been dreaming about this since its inception, but it will not cross 10 seats,” Fadnavis had said.