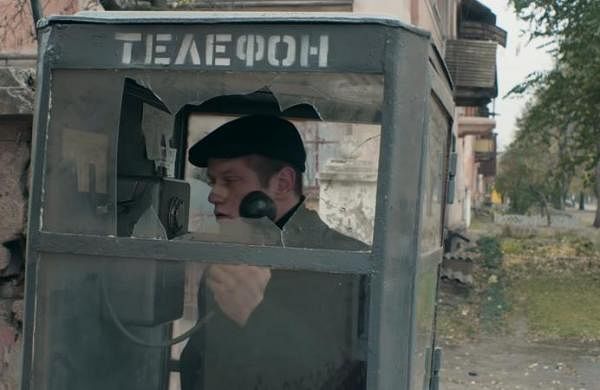 PANAJI: With “Rhino”, Ukrainian filmmaker Oleh Sentsov aims to tell a story about a turbulent time in his country and says the film should serve as a reminder to people that they should not repeat the mistakes of the past.

The movie, which was screened at the International Film Festival of India (IFFI), is a crime drama set in 1990s Ukraine when it became a separate state after the fall of the Soviet Union.

It follows the rise and fall of a violent criminal Rhino who finds success in the underworld that fills the power void in the 1990s, a period that is often referred to as “Wild 90s”.

“It is set in the early 1990s when Ukraine became an independent country after the Soviet Union collapsed. But after that, we had a very sick and evil government. The power was taken by criminal groups and gangsters who were very violent. It was a short period in Ukraine’s history but it changed our country and our own people. With this film, I wanted to show the whole world how we lived in those terrible times,” Sentsov told PTI in an interview.

The filmmaker claimed there are “no films” in Ukraine based on the “Wild 90s” and he wanted to show an apt presentation of that time.

“We have no films about the ‘Wild 90s’ but it is a part of our history. It’s that period of time that influenced us. I believe that we should revisit history so that we don’t commit the same mistakes in future,” Sentsov said.

“‘Rhino’ is based on real events and it is the story of one of my friends who I knew well at the time. All this stuff happened to him and I have created the story around it. The ’90s were a time of cruelty and meaningless violence. And I can’t tolerate violence,” he added.

But the film’s journey has been a tumultuous one, just like Sentsov’s life.

He was arrested by the Russian forces in Crimea in 2014 for his protest over annexation of the region. He was sentenced to 20 years on charges of plotting terrorism acts in 2015.

During this time, popular directors from world cinema, like Ken Loach, Pedro Almodovar, Wim Wenders and Agnieszka Holland, had called for his release. It was only in 2019 that Sentsov became a free man after he was released in a prisoner swap between Russia and Ukraine.

Asked what kept his passion for cinema alive during his imprisonment, Sentsov said time was all he had.

“Cinema is a very important thing for me because in prison we don’t have anything. But we have one thing more than when we are free and that is time. I spent my time on reading, writing and thinking. I thought about my future cinema.”

He said the script for “Rhino” was completed way before his arrest and in jail, he kept planning about how he would shoot the movie.

“The script of ‘Rhino’ was written years ago and preparation for the shooting started between our revolution, between our war with Russia. So I was thinking about the film. I wrote three more scripts in prison and three novels, books and short tales because I had time,” he added.

Sentsov said cinema has the power to transcend borders and it’s a medium to share life stories with people.

“In art, there is no border. With our work, we can have connections with other people. We can show them how we live in our country and how people live in their countries. It is better to have good films and good festivals but no borders.”

The 52nd edition of the prestigious movie gala will run till November 28.