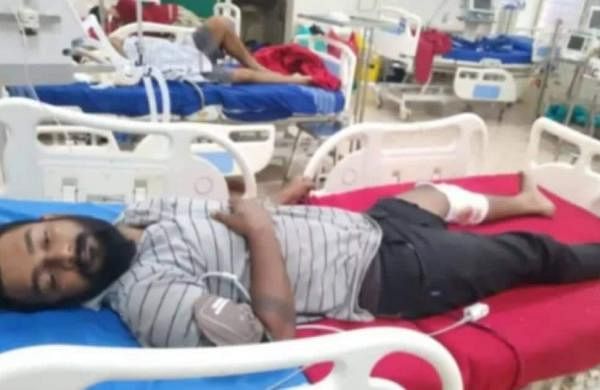 BELAGAVI: Wanted criminal Vishal Singh Rajput (25), who was absconding after murdering a land developer on March 15, was injured in police firing after he tried to flee from their clutches, in Belagavi on Tuesday. He has been arrested and sent to a district hospital for medical aid.

Rajput, one of the prime accused, allegedly murdered land developer Raju Doddabomannavar. It may be recalled that a police investigation revealed that the wife of the victim Kiran Doddabomannavar (26) allegedly took the help of Dharnendra Ghanti (52), a resident of Khasbag and Shashikant Shankargowda (49), resident of Hindawadi to murder her husband Raju.

Ghanti and Shankargowda were business partners of Doddabomannavar. They had allegedly given a contract of Rs 10 lakh to a professional gang, headed by Rajput, to murder him. The accused Kiran, Dharnendra and Shashikant were arrested. But Rajput and the gang went absconding.

Acting on a tip-off, police laid a trap to arrest Rajput at Veerbhadra Nagar near Dharmanath Bhavan in Belagavi. When he tried to escape, Assistant Commissioner of Police NV Barmani fired two rounds during which one bullet hit the leg of the accused, injuring him.