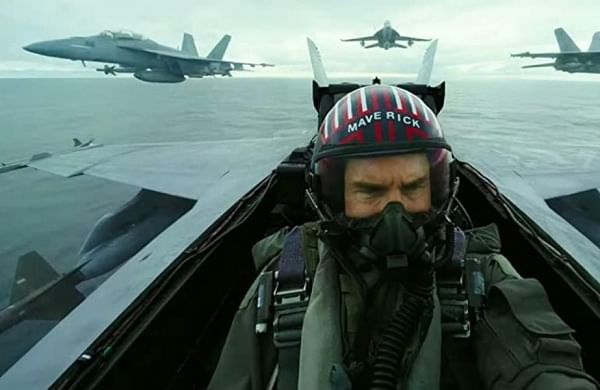 MUMBAI:  Filmmaker Joseph Kosinski has vivid memories of Tom Cruise’s 1986 hit “Top Gun”, and when he got the opportunity to direct its sequel thirty years later, the director says he wanted to ensure that the film felt like a worthy follow-up to the original.

The sequel, titled “Top Gun: Maverick”, is now ready for release after being delayed by two years due to the coronavirus pandemic.

The much-awaited follow-up brings back Cruise as Pete “Maverick” Mitchell, the suave and daring US Navy aviator, alongside newcomers like Miles Teller, Jennifer Connelly and Jon Hamm.

Kosinski, who had earlier collaborated with Cruise for 2013 movie “Oblivion”, said he tried to approach the sequel in a way that honours the original’s legacy.

“The approach is a little different because ‘Top Gun’ is such an iconic film that was embraced by everyone when it came out. It was the number one film in 1986. The concept of the film, the concept of a wingman is something that’s just kind of pervaded our culture.”

“The soundtrack was played endlessly on the radio that summer and I remember this as a 12-year-old hearing it. So, it’s different stepping into something that’s so well-known and beloved. I wanted to make sure that this film felt like it was a ‘Top Gun’ sequel,” the 48-year-old director told PTI in a Zoom interview.

Kosinski also wanted “Maverick” to come across as its own beast, said the filmmaker. “I wanted to make it feel like it was in the world of ‘Top Gun’, but at the same time, figure out ways to make it our own, tell our own story and push the cinematography as much as the first film did.”

Now, audiences will decide if we have achieved that. “Maverick” is set over 30 years after the events of “Top Gun” and sees Maverick training a group of Top Gun graduates, including Rooster, the son of his late wingman Goose, for a specialized mission.

The action film, like the original, makes no mention of the enemy force, which is something that Kosinski said is in line with the first film. Kosinski said “Maverick” deals with themes that are universal in nature and that’s why “there’s no name or face on our enemy”.

“This is a film about friendship and sacrifice. It’s about this team that comes together to keep the world safe. That was very much by design. And because the themes of this film are so universal, I don’t think it makes any difference where you’re from,” he added.

“Top Gun: Maverick” is produced by Jerry Bruckheimer, Tom Cruise, Christopher McQuarrie and David Ellison. Bruckheimer, who had also produced the original, said a sequel to “Top Gun” was always on the agenda but the team was not able to zero in on the story.

“We always wanted to make a sequel, we just had to come up with the right story and we never quite did. Joe came up with a story that Tom embraced and we embraced. That’s how it all got going about four or five years ago.”

“So it takes a while, but we finally got there and now the exciting part is to watch the audience and enjoy this film the way we enjoyed making it,” the 78-year-old producer said.

ALSO READ| INTERVIEW| Miles Teller on ‘Top Gun Maverick’: Was nervous to lend myself to this world

The murmurs about a sequel first started in 2010 when both Bruckheimer and Tony Scott, who directed the 1986 movie, were in talks with studio Paramount Pictures for the project, which would bring Cruise back as Maverick.

But the project, which was in its nascent stage, suffered a setback as Scott died in 2012. It was only five years later that Kosinski came aboard the sequel as a writer and director. Bruckheimer said Scott’s vision for the sequel dealt with the drone technology vs the actual US pilots.

“Tony definitely was involved early on. In fact, the weekend when he, unfortunately, passed away, we were on a scouting trip to Fallon, Utah to meet with all the Top Gun pilots. He had a little different approach. He had drone technology in there and the combination of the drones and the actual pilots, and who is going to win out.”

“So he was looking at it from a little bit different perspective. And then Joe came in years later and pitched the new version.”