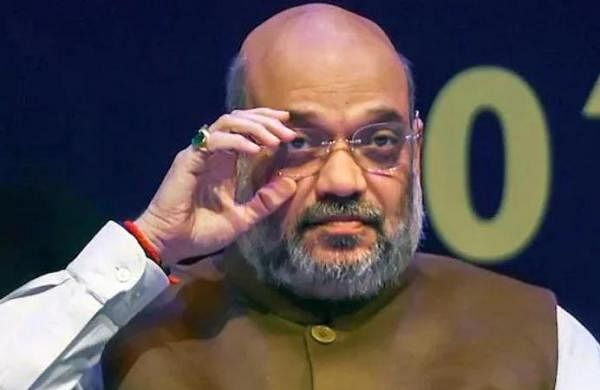 GUWAHATI: Union Home Minister Amit Shah on Saturday said a peaceful Northeast is one of Centre’s three goals for the region, along with safeguarding local cultures, and development.

“We not only want to protect local cultures, languages and traditions but also enrich them. We want to make the region insurgency, and dispute-free and give a platform to the youth to compete with the world,” Shah said, after unveiling a statue of Swami Vivekananda at the Ramakrishna Mission Ashram at Narottam Nagar in Arunachal Pradesh.

“We want to ensure that the states here are on a par with the developed states. Over 60 per cent of areas on the Assam-Meghalaya boundary had been freed from disputes,” Shah said.

The two states had signed an agreement to resolve their disputes in six of the 12 areas. He added that the Assam-Arunachal problem could be resolved by 2023. Stressing how PM Narendra Modi has brought about change, Shah said, “Over 9,000 youth, who were wielding the gun, joined the mainstream.”

He highlighted how issues like bandhs in Manipur, the Bru unrest in Mizoram-Tripura, and problems in Assam’s Bodo areas were resolved. “Modiji has reduced the gap between the Northeast and the rest of the country,” Shah said.