‘Walk with me’ book based on marriage ceremony released 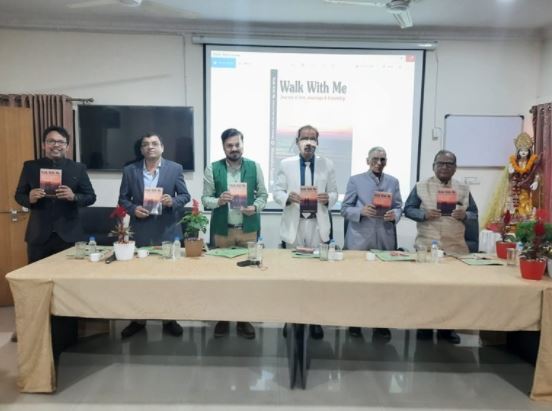 The book ‘Walk with Me’ written by young writer Shivendra Nigam was released at the seminar hall of the Department of Anthropology at Pandit Ravi Shankar Shukla University.

The program was inaugurated by the guests by lighting the lamp. Author Shivendra also provided information regarding the book. On behalf of the Nigam family, Manisha also underlined the journey till the publication of the book. The program was moderated by Dr. Smita Sharma and expressed gratitude by Dr. Girija Shankar Gautam.