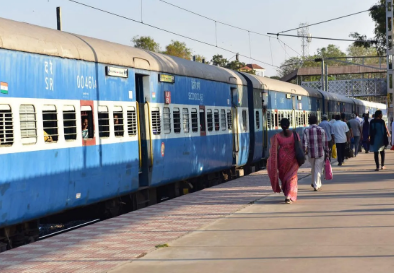 Central Government has given permission to operate trains by relaxing the rules of lockdown. Since then, the railway has been operating special trains. The good news is that people are liking the railways more than the buses, as there are strong arrangements to prevent the corona epidemic. The fare of special trains, which have been derailed by the name of clone trains, may be higher than normal trains, but the waiting figure has reached 350. 100 percent passengers are traveling in trains. Compared to earlier, now passengers with waiting tickets are not being allowed to board the train. Due to the full flow of trains from the states of Uttar Pradesh, Bihar, Jharkhand, Bengal etc., even the confirmed ticket is not able to get the passengers. Read Deepak Bahl’s report from Ambala

According to railway officials, after Unlock-4, trains have started running on the track, then the number of people traveling in them has also started increasing gradually. On the website of the Indian Railway Catering and Tourism Corporation (IRCTC), the number of tickets booked on a daily basis has reached nearly four lakhs, while on an average 8 lakh passengers used to book tickets in September-October last year. However, the Railway Ministry is yet to derail all trains on a regular basis.