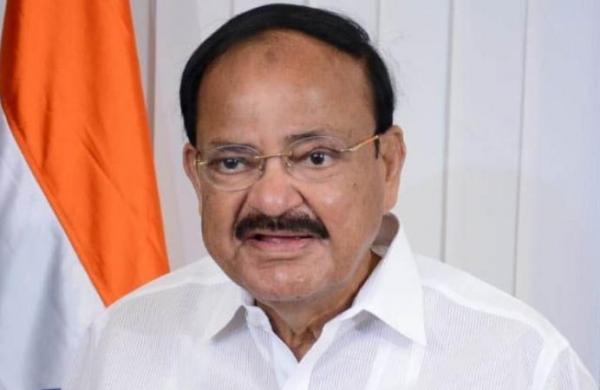 By PTI
NEW DELHI: Vice President M Venkaiah Naidu on Friday called for moderation in the use of social media to prevent its abuse and avoid controversies so as not to hurt anyone’s feelings.

His comments came in the backdrop of the government expressing “strong displeasure” over Twitter’s delay in taking prompt action against accounts and hashtags spreading misinformation and provocative content about the farmers’ stir.

In an informal interaction with reporters, Naidu, who is also the Rajya Sabha chairman, called for an early resolution to the ongoing farmers agitation through talks and said extreme or maximalist positions would not help in resolving the issue.

Referring to the discourse on pulling down and restoring some accounts by Twitter regarding some comments on farmers’ agitation, Naidu stressed the best of way to effectively use social media without offending others is for the users to adopt the principle of moderation in content generation.

Asked what he meant by moderation, the Vice President said extreme positions should not be taken so as not to hurt anyone’s feelings.

Wars are hazardous to all, he said.

“Content for social media should be generated in a restrained and responsible manner by keeping the reactions to such content in mind. Such reflection would minimise offensive posts. Provocation should not be the objective. Sharing of views for better perspectives should be,” the Vice President said.

About the farmers’ agitation, he said taking extreme or maximalist positions would not help in resolving the issue.

Both the government and the farmers are willing to talk further even after 11 rounds of discussion already held.

Talks should be taken forward for early resolution of the issue, Naidu said.

“Taking extreme or maximalist positions by any side makes it difficult to resolve the issue as it makes accommodation of the other point of view difficult. Accordingly, the principle of moderation applies in this case as well,” he said.

Referring to 100 years of first direct elections to the country’s central and provincial legislatures in 1920 and consolidation of India as a democracy and a Republic, he said, “Democracy is all about discussion and negotiated resolution of differences. It inherently calls for moderation without taking to extremes.”

“It applies to both the issues concerning social media and farmers’ agitation.”

Thousands of farmers have been protesting since late November at Delhi’s borders with Haryana and Uttar Pradesh, demanding a rollback of three contentious laws, which they feel would pave the way for the dismantling of the minimum support price system, leaving them at the “mercy” of big corporations.

However, the Centre has maintained that the laws will bring better opportunities to farmers and introduce new technologies in agriculture.

Naidu said the during the Budget session, Rajya Sabha has witnessed the crescendo of positivity and clocked near 100 per cent productivity during first part.

He noted that during the farewell of four retiring members of the House, including the Leader of the Opposition Ghulam Nabi Azad, Rajya Sabha witnessed a “crescendo of positivity with both the sides expressing and demonstrating good will for each other and prime minister leading the way in this regard”.

“Such a human spirit brings out the best of all. Even though political differences are bound to be there, such spirit of recognition of contributions of all sections of the House builds bridges,” the Rajya Sabha chairman said.