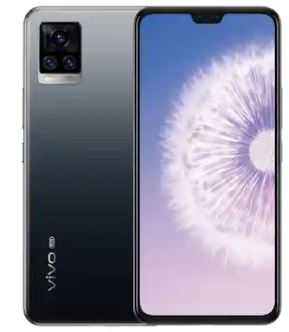 Vivo is set to launch its premium smartphone, the Vivo V20 Pro, in India next week. The company has sent out invites for a virtual launch event on December 2, which comes some time after Vivo launched its mid-range variant, the Vivo V20, earlier this year in India. The Vivo V20 Pro is set to join a handful of 5G phones in India, and alongside 5G connectivity, Vivo is emphasising on the camera performance of the V20 Pro — in particular the eye tracking autofocus feature of the front camera. The smartphone has already been launched in Thailand, and according to its images, looks nearly identical to the Vivo V20 on all fronts. The only key identifiers that are different in the Vivo V20 Pro, in comparison to the V20, are the 5G branding to the phone’s rear, and the slightly wider notch accommodating the dual front cameras.

The Vivo V20 Pro runs on the Qualcomm Snapdragon 765G SoC, which is paired with 8GB RAM and 128GB internal storage. It features a 6.44-inch, full HD+ AMOLED display, with a wide notch at the top that houses two front cameras. The front camera configuration here includes a 44-megapixel main unit and an 8-megapixel ultra-wide unit, combined with real-time eye tracking autofocus to aid video bloggers. To the rear, the V20 Pro features 64-megapixel primary, 8-megapixel ultra-wide and 2-megapixel depth camera units, which is capable of recording 4K videos at 30fps, and full HD videos at up to 60fps.

All of this is powered by a 4,000mAh battery with 33W fast charging support, and the smartphone runs on Android 10 with FunTouch OS 11 proprietary interface. The latter is something that we didn’t particularly enjoy, when we used it on the Vivo V20 (read our review here). Nevertheless, given its difference in specifications, it will be interesting to see if the V20 Pro manages to offer significantly better usage experience, in comparison to what the Vivo V20 could muster. As with the V20, the V20 Pro will also retain the same colour variants, of which the most notable is the striking gradient shade that Vivo calls ‘Sunset Melody’.