Vision document being prepared for Ayodhya, three consultancy firms on the job 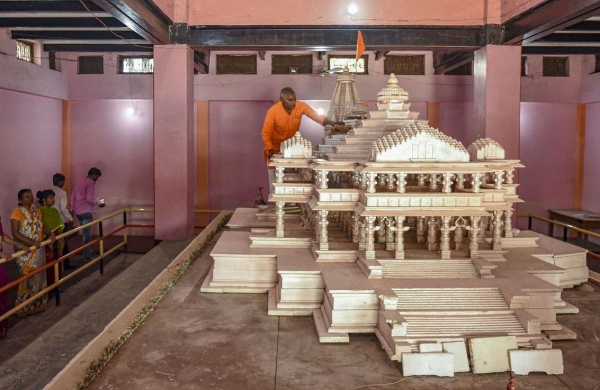 By PTI
AYODHYA: The Ayodhya Development Authority has hired three consultants to draft a vision document for the Uttar Pradesh city, which has grand plans for itself as a Ram temple comes up.

Sources said the Prime Minister’s Office is likely to be shown the vision document, on which the three firms are working since mid-February.

Ayodhya Development Authority vice-chairman Vishal Singh said the document will also take into account the inputs from about 500 people.

Lea Associates was involved in drafting the Tirupati Master Plan and Kukreja Architects in planning the Malaysian transit corridor, he said.

The state government had begun the process of selecting consultants on December 26 by publishing a request for proposals.

The Uttar Pradesh government had set up a bid evaluation committee under the chairmanship of Deepak Kumar, principal secretary for housing and urban planning, to pick the consultants from a short list of those which met the qualification criteria.

National and international case studies will be taken into account.

They will draw up the document on Ayodhya’s development keeping the Ram Mandir and the city’s religious character in view.

The document will deal with aspects like town planning, infrastructure development, transport, traffic, finance and tourism, according to the official.

It will also include the development of places linked to seers in adjoining districts.

The Yogi Adityanath government has already announced several projects in Ayodhya city and the district, which will be completed as the construction of the Ram temple continues.

In its November 2019 judgment on the Ram Janmabhoomi-Babri Masjid land dispute, the Supreme Court cleared the way for the construction of the temple.

Following the SC judgment, the administration has allotted an alternative site in the district for a mosque.

The Babri mosque was demolished in December 1992 by kar sevaks, insisting that it was built at the site where a Hindu temple once stood.