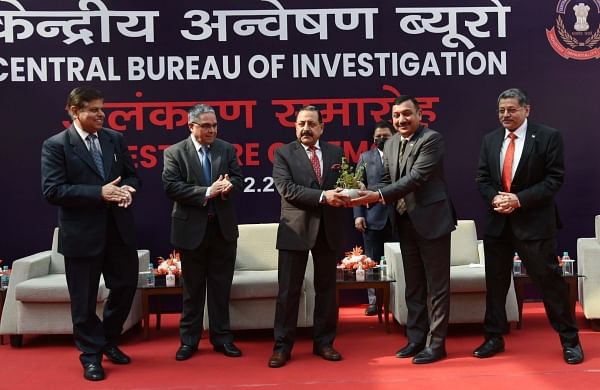 Sharing this at an event organised as part of ‘Azadi Ka Amarit Mahotsava’ to give medals amongst 48 CBI personnel and officials, CBI director Subodh Kumar Jaiswal, delving on ‘Vision 75’, said that a comprehensive internal process of modernisation, upgradation of capacities by setting higherbenchmarks for investigation and preventive vigilance was started for leveraging cutting edge capabilities to combat new age crime.

“The CBI has identified 75 practices, which need to be discouraged so as to enhance efficiency of the organisations”, he said while speaking at the investiture ceremony for excellence in duties. Jaiswal, referring to designation of CBI as authorised agency of Central government to investigate computer related crimes, said that the CBI has a well-functioning Cyber Crime Unit. He further added that the CBI has created a specialised cell for investigating into online sexual child abuse crimes also.

Detailing about the agency’s works against crimes through investigations, the CBI director said that the CBI conducted intelligence based nationwide operations in the last month against social media groups involved in online Child Sexual Abuse. He detailed that during the nationwide operations, the CBIhas identified more than 5000 individuals from over 80 locations in the country and from 100 countries across the globe.

He said that the CBI has been working to develop its further capabilities in the investigation on the Online Sexual Child Abuse. He admitted that investigations into corruption cases, economic offences and complex financial crimes pose a newer and multiple challenges.

“This requires acquisition of new capabilities by law enforcement agencies and also reviewing the existing Standard Operating Procedures. We have notices that problems of today can not be solved by using the skills and knowledge of yesterday”, the CBI director said.