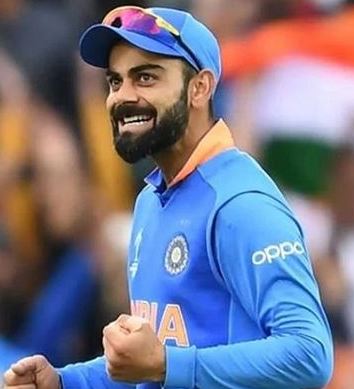 One-day international cricket Indian captain and run machine Virat Kohli, who has spent more than 12 years, can become the fastest 12 thousand in a three-match ODI series against Australia and break the record of cricket legend Sachin Tendulkar.

For Virat, the tour against Australia starting on 27 November is going to prove personally important in many ways. India has to play three ODIs, three T20s and four Tests in this tour. However, Virat will return home after playing the first match of the Test series as his wife Anushka Sharma is going to give birth to his first child in early January.

The Indian captain is considered to be the most potent contender to break Sachin’s record. Virat will have the chance to make the fastest 12 thousand in ODI series. He is just 133 runs away from this achievement. In this series of three matches, Virat can achieve this feat. After scoring 133 runs in the series, Virat will become the sixth player in the world to reach the peak of 12 thousand runs in ODIs.

Virat will also have a chance to make the fastest 12 Hazari in ODIs and in this case he can break the record of Master Blaster Sachin. Sachin played 300 innings to reach 12 thousand runs and took 13 years and 73 days. Virat currently has 11867 runs from 248 matches and has played 239 innings. Virat started his ODI career on 18 August 2008 and he has been in ODI cricket for more than 12 years. On this basis, he can break both Sachin’s innings and time records.