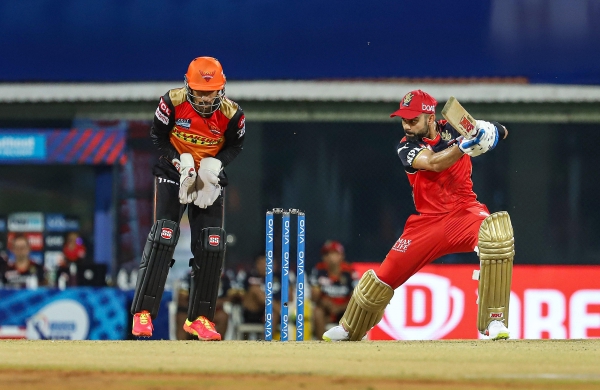 By PTI
CHENNAI: Royal Challengers Bangalore captain Virat Kohli has been reprimanded for breaching the IPL’s Code of Conduct after he was seen kicking a chair in frustration following his dismissal in the game against Sunrisers Hyderabad here.

Kohli was not at his fluent best in the game on Wednesday and ended up with 33 off 29 balls.

His team won the game by six runs.

“Kohli admitted to the Level 1 offence 2.2 of the IPL’s Code of Conduct. For Level 1 breaches of the Code of Conduct, the Match Referee’s decision is final and binding,” said the IPL in a statement.

Vengalil Narayan Kutty was the match referee in the game while Nitin Menon and Ulhas Gandhe were the on-field umpires.

Kohli had top edged a short ball off Jason Holder to be caught in the deep by Vijay Shankar.

Following his dismissal, TV replays picked up footage of Kohli kicking a chair in the dugout in frustration.