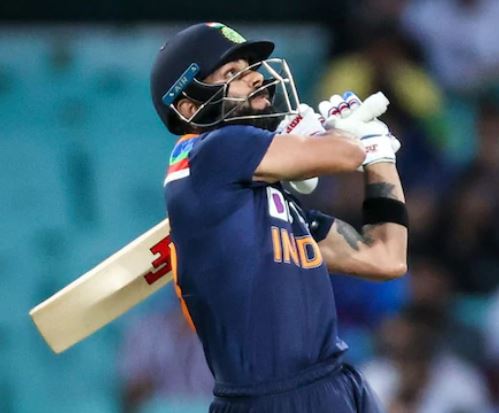 Virat Kohli on Wednesday became the fastest to reach 12,000 runs in One-day International cricket. Kohli breached the mark in the third ODI against Australia in Canberra. The 32-year-old had 11,977 runs before this game and got to the landmark soon after arriving at the crease after winning the toss and batting first. Kohli got to the milestone in his 242nd inning thus bettering the previous record set by Sachin Tendulkar, who got his 12000th run in his 300th inning.

Kohli is the second-highest scorer for India in ODIs behind Tendulkar’s 18,426 from 463 ODIs. The India captain also holds the record for the fastest batsman (in terms of innings) to 10,000 and 11,000 runs in ODIs.

Kohli reached 11,000 runs in 222 innings and became the fastest to breach the 10000-run mark by doing so in his 205th inning. The current India captain made his ODI debut in 2008 against Sri Lanka and has hit 43 ODI centuries in addition to 59 fifties in a career that’s spanned over 12 years. The most recent of his half-centuries came in the second ODI against Australia in Sydney where he hit 89 in India’s chase of 390 runs.