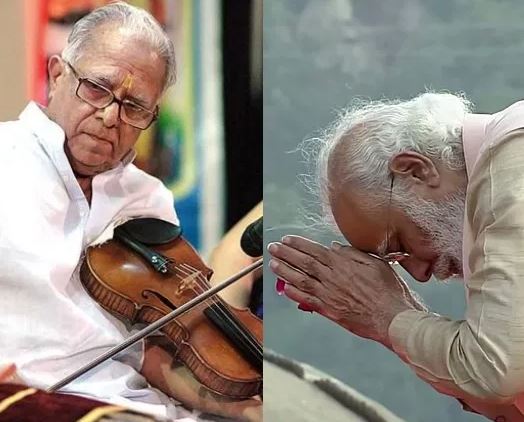 Violin maestro and Padma awardee TN Krishnan passed away in Chennai here at the age of 92 on Monday evening. Prime Minister Narendra Modi condoled his death.

In a tweet, Prime Minister Modi conveyed condolences to Krishnan’s family and noted that his demise has left a “big void in the world of music”.

“The demise of noted violinist TN Krishnan leaves a big void in the world of music. His works beautifully encapsulated a wide range of emotions and strands of our culture. He was also an outstanding mentor to young musicians. Condolences to his family and admirers. Om Shanti,” PM Modi tweeted.

Krishnan was born on October 6, 1926, in Kerala and later settled in Chennai. He also received many legendary awards like Padma Bhushan, Padma Vibhushan and Sangeetha Kalanidhi. He performed at thousands of musical concerts.