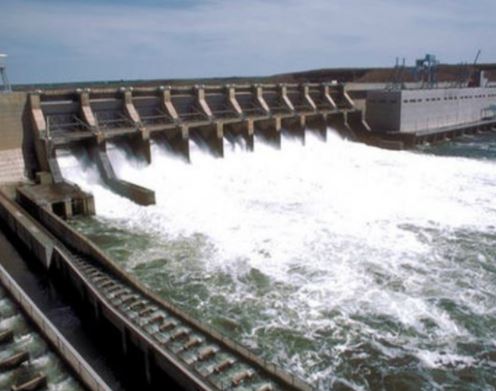 Protest has intensified over the construction site of the Shekharpur Large Reservoir Scheme, an ambitious irrigation project in the Sitapur region. Opening a front against this irrigation project, the people of a dozen villages have submitted a memorandum to the police station in the name of the Governor, Chief Minister, along with the regional MLA and Food Minister Amarjeet Bhagat, demanding construction of a dam at the proposed site instead of the area being surveyed. They say that if the dam is not constructed at the proposed site instead of the surveyed area, then people of a dozen affected villages in the dam will mobilize in protest against it, which will be the responsibility of the administration.

A large reservoir is to be constructed at Shekharpur in Sitapur to provide irrigation facilities to the un-irrigated areas of Jashpur and Surguja districts. The dam is proposed to be constructed after surveying the Ib River at Dhandapani in Jashpur district and the Maini River area of ​​Shekharpur for construction of the dam under this project. It is alleged that instead of conducting the survey here, instead of conducting the survey here, Suri village in Surguja is surveying the Mani river area flowing through Dhondhagav, Shivnathpur, Petla, Thoothama so that the dam can be constructed here.

In fact, Shekharpur is a village in Jashpur district and this is the name of the scheme, under which this dam is proposed to be built on the Maini river flowing through here, but the construction agency is called Thoothiama, Sarhadi village in Sarguja district, 40 km from here. The main river flowing over the place wants to build a dam on the river. With the construction of this dam here, Dhodhagaon Shivnathpur Petla Kerju, Kunmera, Sarga, Gersa Kathbuda, Ara, Ghasidih, Vansipur, Hardisad will come in the Duban region. People will have to bear the pain of displacement.