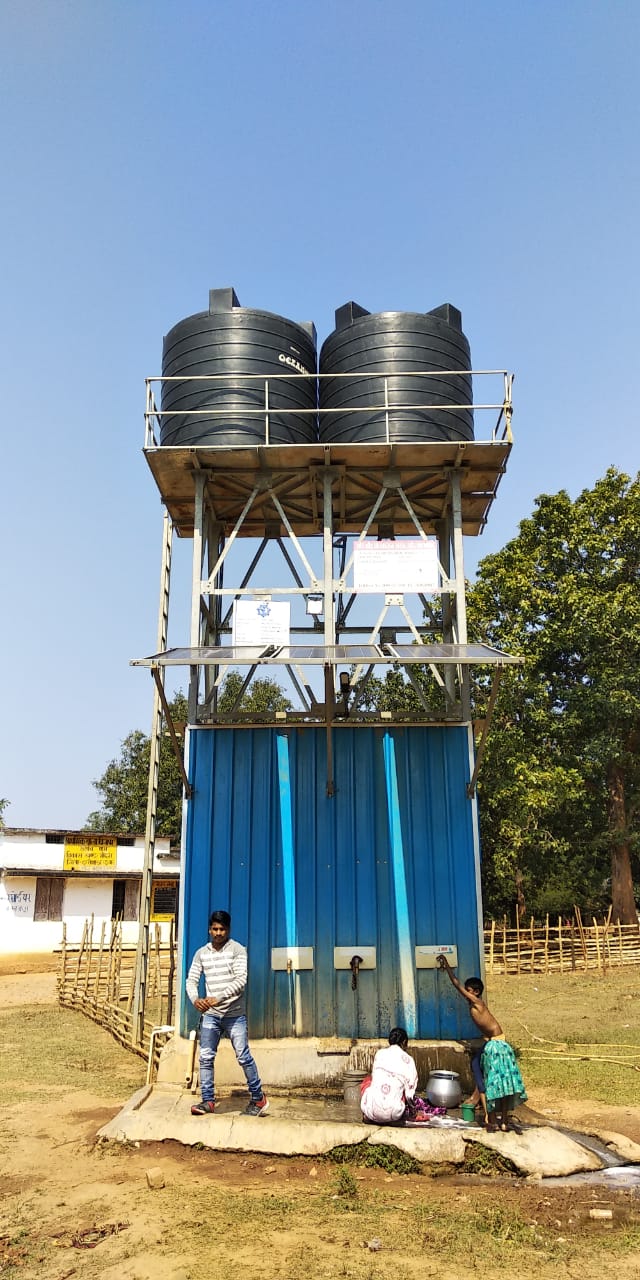 Solar Dual Pump, IRP Drinking Water: – CREDA is installing such solar dual pumps in the villages under the special scheme under the district Dantewada CREDA office. To run this, the gram panchayats had to pay electricity bills every month. There is no such problem due to the installation of solar dual pump. Due to which, even after getting water, thousands of units of electricity are also being saved every month. A water tank of 5000 liters capacity is installed in a solar dual pump. Due to which there is plenty of water during sunlight, there is storage water in the tank at night also due to which people will continue to get water at night. For the last 2 financial years 2019-20 and 2020-21 for drinking water in various places, approval has been given by the district administration for the installation of solar dual pumps and people water purification plants in 10 places in a total of 74 years. Under which 10 solar pumps and 400016 IRP plants have been installed and the remaining installation work is in progress which will be completed soon. Under the special scheme of CREDA, 125 Nagas Solar Dual Pump installation work has been approved under which the installation work has been completed in 90 sites and installation work is going on in the remaining sites. The villagers are satisfied with the operation of solar devices.
Due to the availability of 24 hours of pure drinking water to the villagers / citizens with the installation of the said solar dual pumps and IRP plants, drinking water deficiencies / problems have been resolved, which has led to health improvements in the benefited villagers and operation of rural solar plants. Is satisfied with Drinking water scheme is providing water to more than half the village. Due to this, he is benefiting the villagers suffering from drinking water crisis. It is said that due to these, a lot of the population of the village has started benefiting.