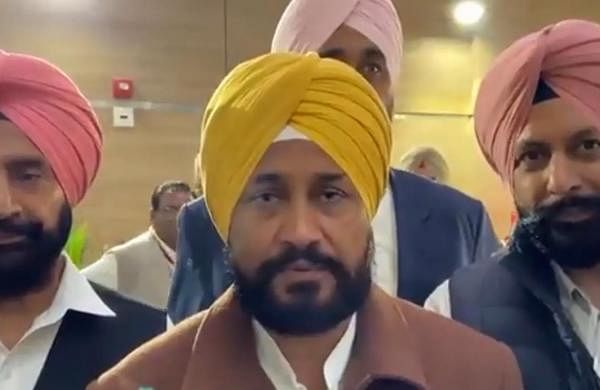 CHANDIGARH:  A group of village children in Punjab’s Morinda got a pleasant surprise when they got to share a helicopter ride with Chief Minister Charanjit Singh Channi on Sunday. The CM invited the children to fly with him in the government helicopter when he saw them playing near the chopper that had landed in the village when he had gone to Morinda in Rupnagar district.

“During my visit to Morinda, saw children playing near the helicopter. When I was young, I used to see planes & think that one day I too would get a chance to sit in it. Reminiscing about the same, I made a few village children fly with me in helicopter & fulfilled their dream,” said Channi in a tweet. He also posted photographs of the children along with him in the helicopter.

Ever since becoming CM, Channi has been trying to project himself as an “aam aadmi” (common man) during his public interactions in the poll-bound state. From being spotted performing bhangra at an event, Channi has grabbed attention on social media for stopping his vehicle to wish a newly married couple and joining villagers in rescuing a cow trapped in a pit.

On his tryst with the children, Channi said while interacting with them, he felt that there was no dearth of talent in Punjab but there was a need to give proper guidance to these children. “…I will do my best to create a bright future for them,” he said in another tweet.