Video taken out of context, Ramdev has no ill will against modern science: Patanjali 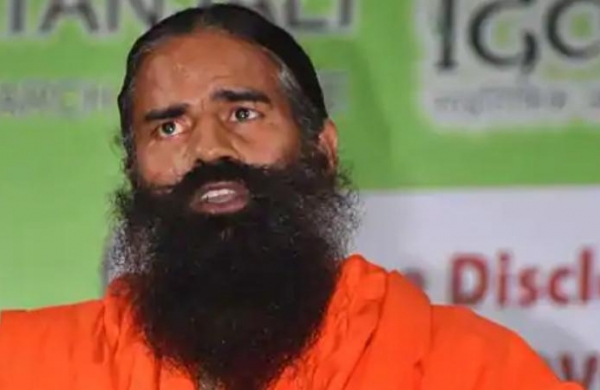 By PTI
NEW DELHI: Claiming that a video purportedly showing yoga guru Ramdev criticising allopathy is “truncated” and taken “out of context”, Patanjali Yogpeeth Trust on Saturday said he has utmost regard for doctors and bears no ill will against modern science.

The clarification came after the Indian Medical Association (IMA) demanded strict action against Ramdev, saying he had misled people by making “unlearned” statements against allopathy and defaming scientific medicine.

He also allegedly claimed medicines such as remdesivir, fabiflu and other drugs approved by the Drugs Controller General of India (DCGI) have failed to treat COVID-19 patients.

IMA said Ramdev’s statements should be “considered as hate speech” and requested the authorities to book him under relevant sections of the Epidemic Diseases Act as he has misled people by making “untutored and unlearned” statements.

“We demand an unconditional public apology from Ramdev to allopathy and its practitioners,” the apex doctors’ body said.

However, issuing a statement, the Haridwar-based Patanjali Yogpeeth Trust said the video has been taken “out of context”.

“It is clarified that the truncated version of the video is totally out of context of what is sought to be conveyed by Swami jee,” it said.

Ramdev has “utmost regards” for doctors and support staff who have been working day and night during such a challenging time of the pandemic, as per the statement by the yoga guru’s Patanjali Yogpeeth Trust.

He was “reading out a forwarded WhatsApp message received by him and various other members who were participating in the event”, it added.

“Swami jee has no ill-will against the modern science and good practitioners of modern medicine. What is being attributed against him is false and nugatory,” said the statement signed by Patanjali Yogpeeth Trust General Secretary Acharya Balakrishna.

Ramdev urges to keep the “unity among all the medical practitioners and their treatment-ways” in order to overcome the present challenge successfully in a timely manner, it added.

“He believes that allopathy is a progressive science; and a combination of allopathy, ayurveda and yoga will be beneficial to everyone during such difficult times,” the statement said.

Earlier on Saturday, the Resident Doctors’ Associations of the All India Institute of Medical Sciences (AIIMS) and Safdarjung Hospital too demanded “strictest steps” against Ramdev over the alleged video.

The IMA said Ramdev should be booked for his remarks.

“The Union health minister (Harsh Vardhan) who himself is a practising modern medicine allopathic postgraduate and head of this (health) ministry, should either accept the challenge and accusation of this gentleman and dissolve the modern medical facility or boldly face and prosecute the person for his words of arson on the sovereignty of the country and book him under the Epidemic Act to save millions of people from such unscientific utterances,” the IMA said.

It alleged that Ramdev was trying to take advantage of the situation and create a sense of fear and frustration among the people at large.

He is doing this “so that he can sell his illegal and unapproved so-called medicines and make money at the cost of the public at large”, the association said.

The IMA said Ramdev deserves to be prosecuted for disobeying and causing danger to people’s lives by making them distrust the advice of allopathy doctors.

“The IMA demands and resolves if the minister (Harsh Vardhan) is not taking suo moto action we will be forced to resort to democratic means of struggle to propagate the truth to the common man and knock the doors of the judiciary to get due to justice,’ it said.

In February this year, Patanjali Ayurved, which is led by Ramdev, had relaunched its Coronil tablets to treat COVID-19, claiming that it had received certification from the Ayush Ministry as per the World Health Organization (WHO) certification scheme.

Interestingly, Coronil was launched in a function presided over by Union Health Minister Harsh Vardhan and Transport Minister Nitin Gadkari.

However, the WHO later clarified that it had not reviewed or certified the effectiveness of any traditional medicine for the treatment of COVID-19.