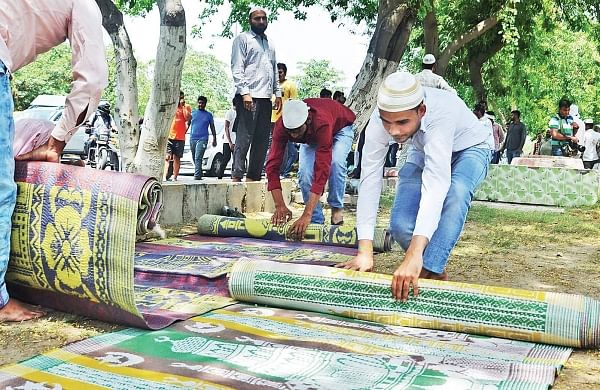 AHMEDABAD: Members of the Vishva Hindu Parishad (VHP) performed a “purification ritual” at a lake garden in the posh Vastrapur area of Ahmedabad after the outfit learnt that some Muslims had offered ‘namaz’ at the spot, a functionary said on Tuesday.

Vastrapur police inspector Sandip Khambhla said no FIR has been lodged in this regard and added no one has approached them over the purification incident which took place on Monday.

A few days ago, a video showing four Muslim men and two burqa-clad women performing namaz at the garden of the Vastrapur lake, a popular hangout in the city, went viral on social media platforms.

Footage suggested the video may have been shot by a resident of a multi-storey building near the lake.

“On Monday evening, some VHP workers reached the garden to “purify” the place. They chanted mantras and sprinkled ‘Ganga jal’. This was to create awareness among masses. It is seen that a casual namaz eventually results in claim being staked on that piece of land,” said Ashok Raval, secretary, Gujarat VHP.

According to sources, it is likely the people seen offering namaz at the site in the video may have come to see a kin admitted in a private hospital situated near the lake.