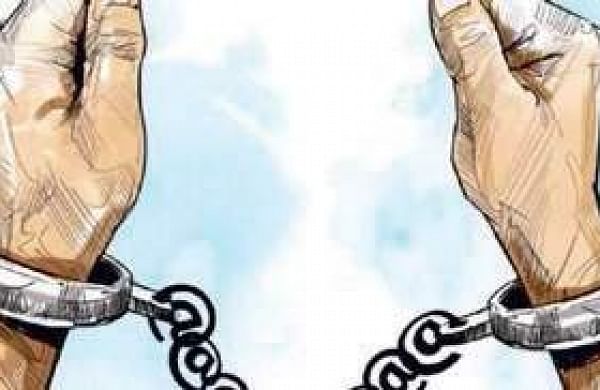 DAMAN: A 12-year-old boy was stripped and beaten up allegedly by a group of persons over suspicion of being a thief in Daman Union Territory, police said on Wednesday.

After a video of the incident went viral on social media platforms on Tuesday, the police here registered an FIR and arrested three persons, they said.

According to police, the purported video was recorded on Sunday when the incident took place at a market in Moti Daman area here in the Union Territory of Dadra and Nagar Haveli and Daman & Diu.

In the clip, some persons were seen abusing and thrashing the boy after accusing him of being a thief, even as the minor cried for help.

The video showed a man hitting the boy with a slipper after stripping him.

Another man was seen standing on the boy’s legs as he lay on the ground.

They then removed his shirt, tied him to a pole and beat him up, as per the clip.

The Union Territory’s social welfare department secretary, Puja Jain, said information about the video was received on Tuesday afternoon, following which the police department and the child welfare committee chairman were immediately informed.

Action will be taken against whoever is involved in this, she said.

After going through the video clip, the police identified three persons and arrested them.

An FIR was registered at the Coastal police station against the accused under Sections 342 (wrongful confinement) and 323 (voluntarily causing hurt) of the Indian Penal Code and provisions of the Juvenile Justice Act, police said.