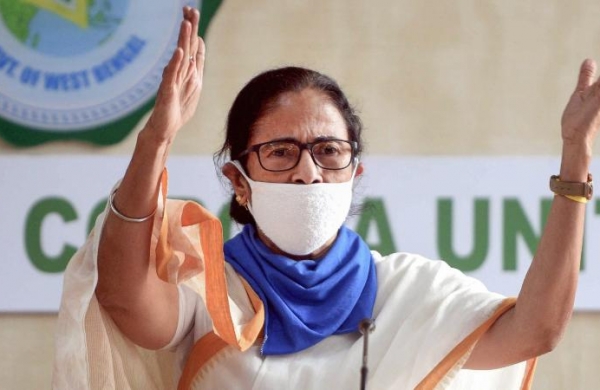 By PTI
KOLKATA: Bengali film personalities who contested the assembly election on Trinamool Congress ticket attributed the stellar performance of the party to “Mamata magic”, while those who were fielded by the BJP urged the ruling party to ensure that political rivals are not attacked.

Hiran Chatterjee, who was earlier with the TMCs youth wing before joining the saffron party this year won in Kharagpur Sadar against Pradip Sarkar of the TMC.

The TMC swept the assembly polls with 213 of the 292 seats, while the BJP bagged 77 seats.

Promising that he will always help the people of Barrackpore, the chairman of the state-run Kolkata International Film Festival said “I will never run away.”

Chakraborty said a ward-based network will be set up in Barrackpore and Titagarh to help people during the pandemic.

His industry colleague and TMC candidate from Asansol Saayoni Ghosh, who was defeated by BJP contender Agnimitra Paul, posted “it takes a strong woman to stay by herself in a world where people will settle for anything, just to say they have something. Didi. O didi. Joy Bangla #ThankYouBangla #MamatadiArekbar.”

Superstar TMC MP Dev thanked people for their “strength support. Thank you for your faith.”

“Win or defeat is part of elections. My congratulations to my close friends Raj Chakraborty and Kanchan Mallick. I hope the TMC will change its old practice and now allow them to work independently,” Ghosh said, hinting that he had not been given the space to work freely when he was close to the TMC.

“We wish there will be an end to goondaism and flaunting of muscle power now. Let there be no more corruption,” he said.

A section of the Tolly brigade, not belonging to any camp but known for their liberal views, congratulated Banerjee for her fight against the BJP.

Director-actor Aparna Sen, who had supported the Nandigram movement in 2009 but hit the streets later on the issue of withdrawal of an anti-establishment Bengali film from theatres tweeted, “kudos to Mamata. Gutsy woman to take on BJP juggernaut single-handedly. It was her day – despite corruption cut money and her nephew.”

“Wake up call for the left to introspect, get organiSed, and grow into a powerful force to check the excesses of TMC,” Sen, a fierce critic of the “air of intolerance and arrest of several leftist intellectuals during the regime of BJP”, said.

Actor Swastika Mukherjee said on Twitter, in an obvious reference to the BJP state president Dilip GHosh’s recent comment that the chief minister should wear bermuda to show her legs, ‘won’t we be wearing bermuda now!” Campaigning was marked by images of Banerjee in a wheelchair with a thick cast on her leg after she was injurted during electioneering.

Actors Lovely Moitra and Kanchan Mallick, winners from Sonarpur Dakshin and Uttarpara seats respectively, attributed the victory to ‘Didi’ and said they will always be on the side of people in their constituencies.