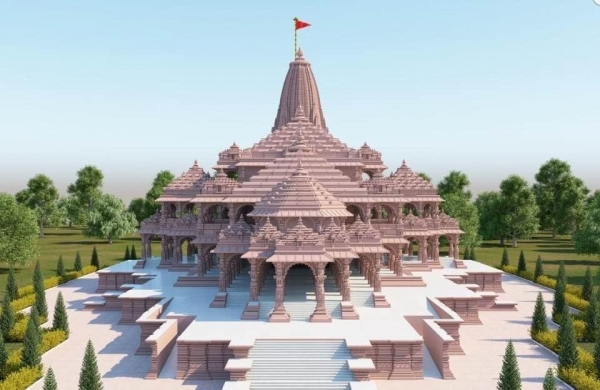 According to additional SP (ASP-Bhopal) Rajesh Bhadauriya, a case was registered at Ashoka Garden police station of MP capital under Section 420 (cheating and dishonestly inducing delivery of property) against a local resident Manish Rajput for fraudulently collecting donations in the name of construction of Ram Temple at Ayodhya.

“The case was registered against Rajput on the complaint of Vishwa Hindu Parishad (VHP) office-bearer YS Jadaun. In the complaint, Jadaun has mentioned that the Ram Janmabhoomi Teerth Kshetra Trust has mandated the VHP only for collecting door-to-door donations for Ram Temple construction in Ayodhya. But a Bhopal resident man Manish Rajput is collecting donations from commoners in the name of Ram Temple construction by issuing receipts of Ram Bhoomi Sankalp Society,” the ASP added.

Earlier, on Tuesday, former union minister and senior Congress leader Kantilal Bhuria kicked up a political storm by raising questions about the BJP leaders engaged in the collection of donations for Ram Temple.

Bhuria’s remarks triggered widespread protests across his native Jhabua district and adjoining Alirajpur district, with his effigies being burnt by BJP all across both the tribal-dominated districts on Tuesday.

Reacting to Bhuria’s remarks, MP’s home minister Narottam Mishra said, “In ancient times when seers performed yajnas, demons tried to interrupt such yajnas. Bhuria’s statements indicate such devilish mindset only. What he (Bhuria) has uttered isn’t new, as he is speaking the language taught by his political mentor (Digvijaya Singh)”.

Sensing the major political storm in the state ahead of the urban local body polls next month, Bhuria underwent into damage control exercise, saying, “My statements have been distorted, as I was only asking the BJP to give the account of what happened to the funds collected in Ram Temple’s name in the past.”