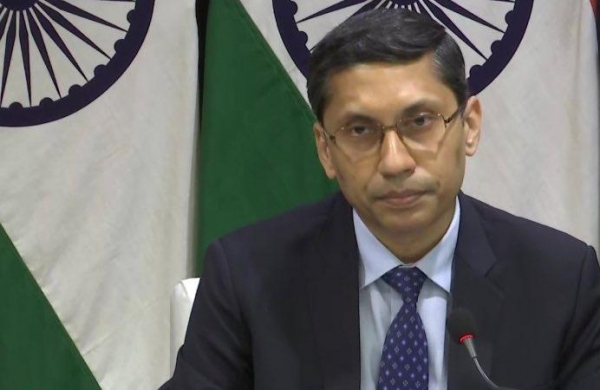 By PTI
NEW DELHI: India on Thursday described the kidnapping and assault of the Afghan Ambassador’s daughter in Islamabad last week as a “very shocking” incident and said Pakistan stooped to a “new low” by denying the victim’s account of the ordeal.

Silsila Alikhil, the 26-year-old daughter of Afghan ambassador Najibullah Alikhil, was abducted and held for several hours by unidentified men in Islamabad last Friday that triggered a strong reaction from Kabul.

“This is of course a shocking incident. This involves two other countries namely Afghanistan and Pakistan, and usually we would not comment on it,” Bagchi said at a media briefing.

“However, since the interior minister of Pakistan has dragged India into it, I would only like to say that even by their standards, Pakistan’s denial of the victim’s account is stooping to a new low,” he said.

On safety and security of Indian High Commission personnel in Pakistan, he said” “I would not like to get into specific securing measures.”

Pakistan’s interior minister Ahmed on Tuesday reiterated the police’s claim that Alikhil was not kidnapped even as he urged her to come forward and join the probe.

Two days after the incident, the Afghan government recalled its ambassador and senior diplomats from Islamabad over concerns relating to safety and security.

On Wednesday, the Afghan foreign ministry expressed deep concern over what it called “unprofessional remarks” by Pakistan’s interior minister regarding the incident.

“The ministry of foreign affairs once again expresses deep concern over the continuation of unprofessional remarks by Pakistan’s interior minister regarding the abduction of the daughter of our ambassador in Islamabad,” it said.

“While the investigation process has not been concluded and the perpetrators have not been arrested, the continuation of unilateral statements and unprofessional prejudgments will call the transparency of the investigation into question and result in increased mistrust,” it said in a statement.

The Afghan foreign ministry said that hospital reports had endorsed the “mental and physical torture” of Alikhil.

“We expect unprofessional prejudgements to be avoided before the investigation comes to an end. Instead, we urge that all efforts should be geared towards obtaining evidence and completing the probe, as well as arresting and prosecuting the perpetrators,” it said.