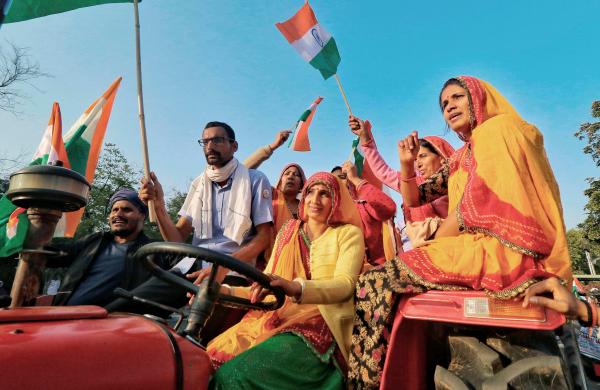 By PTI
NEW DELHI: The government is “very concerned” about the well-being of women farmers protesting at Delhi borders, Women and Child Development Minister Smriti Irani told the Rajya Sabha on Thursday.

Replying to a question, Irani said the agriculture ministry has appealed to the protesting farmers’ unions that women should be requested to go home keeping in view the severe weather conditions and Covid pandemic.

“The government has been very concerned about the well-being of women farmers. The Ministry of Agriculture and Farmers Welfare during discussions with the farmers’ unions appealed to them that children and elders, especially women, should be requested to go home keeping in view the severe weather conditions and the Covid pandemic,” Irani said in a written reply.

“Basic amenities for taking care of the condition of citizens, including that of women farmers, are provided by the concerned local body and state/UT government,” she added.

Thousands of farmers from across the country have been agitating at three Delhi border points — Singhu, Tikri and Ghazipur — against the three farm laws that they claim will do away with the minimum support price system, leaving them at the mercy of big corporations.

Over 10 rounds of talks with the government, which has been projecting the laws at major agricultural reforms, have failed to break the deadlock between the two sides.