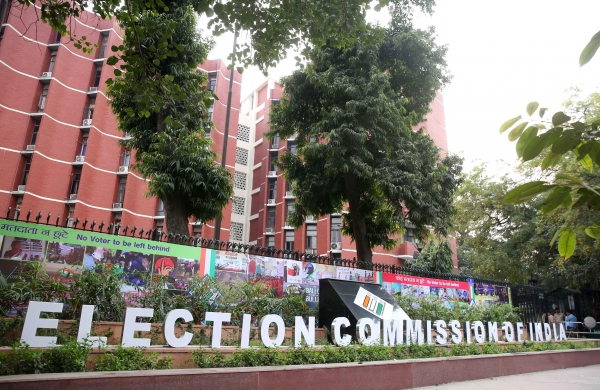 By Express News Service
NEW DELHI: A lawyer, who has been representing the Election Commission (EC) before the Supreme Court, has resigned from its team of advocates, saying his values were not in consonance with the functioning of the poll panel.

Advocate Mohit D Ram was a counsel for the EC in the Supreme Court since 2013. In his resignation letter addressed to the Director (Law of ECI), Ram said: “I have found that my values are not in consonance with the current functioning of the ECI and hence I withdraw myself from the responsibilities of its panel counsel before the Supreme Court of India.”

Ram’s association with ECI started in 2013 when he was appointed standing counsel. He later became one of its panel counsel. “It was an honour to represent the ECI. I had a cherishing milestone of my career, in the journey which began with being part of the office of Standing Counsel of ECI and progressed as one of the panel counsels of ECI (since 2013),” Ram’s resignation letter said.

The poll body has been countering one controversy after another in recent weeks. On Thursday, the Supreme Court rejected a plea by the Commission seeking a gag on media from reporting oral observations made by judges.

Earlier, the EC had refused to listen to the demand of TMC of clubbing the last three phases of West Bengal Assembly polls together amidst the rising cases of COVID-19 in the state. It also faced criticism for handing Bengal CM Mamata Banerjee a 24-hour campaigning ban in the middle of poll proceedings in the state.

Court had refused to gag media

The Supreme Court had also refused to bar media organisations from reporting the oral observations made by various courts. “Media is powerful and communicates what happens in court… Not only judgments, but raising questions, answers and dialogues. It not reporting observations is far-fetched,” the SC had said