‘Vaccination still key to protect against getting severely ill’: WHO chief scientist on Omicron 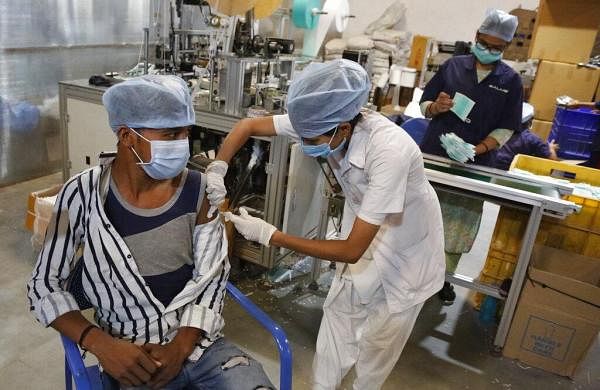 PUNE: WHO chief scientist Dr Soumya Swaminathan on Monday called for the expansion and strengthening of the COVID-19 vaccination programme across the world in view of the rising cases of Omicron variant.

Speaking virtually at one of the plenary sessions at the PANEX-21, organised at the Armed Forces Medical College here in Maharashtra, Dr Swaminathan said that the scope of vaccination needs to be expanded to ensure that vulnerable people are protected after administering two doses and that chances of deaths and hospitalisation are reduced.

She also said that discussions are taking place at the global level about having a “pandemic treaty”.

“With Delta, to some extent, we saw a drop in neutralising activity with regular vaccines. But with Omicron, we saw a further reduction. It means that Omicron can evade our immune responses and infect us but vaccination will still hope to protect against getting severely ill,” she said.

“We want to expand and strengthen the vaccination programme as much as possible around the world,” the World Health Organisation (WHO) chief scientist said.

She said that discussions are taking place at the global level about having a “pandemic treaty” which binds all the countries on the lines of pacts related to arms and ammunition, automatic treaties, or use of biological weapons, which are not permitted due to global conventions and agreements.

Dr Swaminathan further said that in the early course of the pandemic, people at WHO started learning about treatments.

“Clinical trials were conducted and several countries, including China and Italy, where the first wave resulted in high mortality, and New York, the UK, and other countries also started producing data, and clinical trials took off. The WHO then decided to set up a solidarity trial platform. Within a few weeks, we could start trials in 30 countries and India was very much part of it,” she added.

“Now the solidarity trials are in the second phase. The first phase was about drugs like Hydroxychloroquine, Remdesivir and other drugs. In the second phase, we are looking at the anti-inflammatory drugs,” she said.

The WHO has also set up a solidarity vaccine trial platform considering the need for proper testing of more vaccines that are being developed, the chief scientist added.