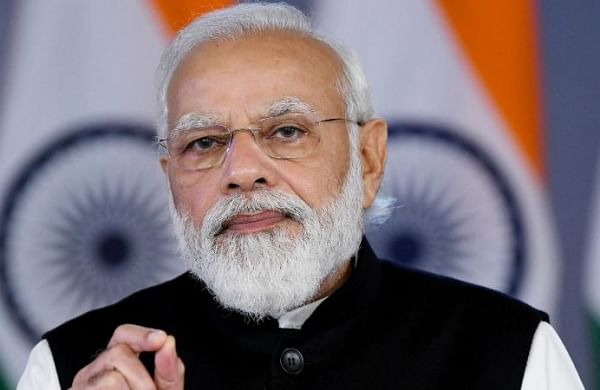 DEHRADUN: Prime Minister Narendra Modi on Friday launching an attack on the opposition said that the opposition parties believe in the principle of ‘divide everyone, loot together’.

The PM was addressing ‘Vijay Sankalp Sabha’ at in Almora.

The PM outlining the development works done by the BJP mentioning projects worth Rs 17,000 crores which were inaugurated in the state said that this decade belongs to Uttarakhand and urged people to vote for the BJP.

PM Modi adding the central government has proposed ‘Parvatmala Scheme’ to build ropeways for hilly areas said that the BJP goverment in the center and the state have good intentions.

“In this Union Budget, we have proposed ‘Parvatmala Scheme’ to build ropeways for hilly areas. We will build modern roadways and transport infrastructure in the state. This decade belongs to Uttarakhand, do not let this opportunity pass,” added the PM.

The PM also thanking the people and appreciating the gathering said that the huge turnout indicates that Uttarakhand has made up its mind about voting once again for the “double engine” government.

“Only the duo of brother and sister come in Uttarakhand barring any other senior leader from the grand old party. This is because they don’t want to save the country, they just care about one family. Today, their own leaders do not want to be with the party. Then, how can they give anything to you?,” the PM said.