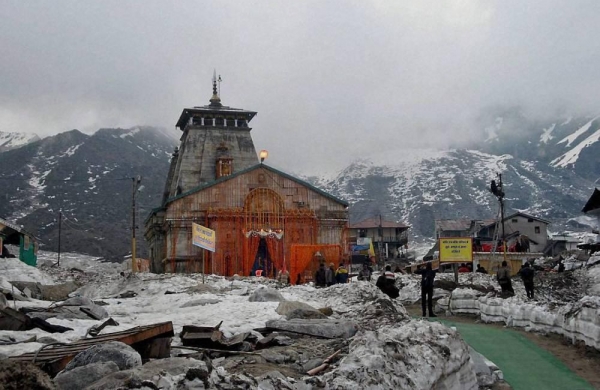 By Express News Service
DEHRADUN: The Uttarakhand HC on Wednesday extended the stay on Char Dham Yatra till August 18, 2021 until the matter pending in the Supreme Court is decided.

The state government had moved the Supreme Court against the HC order last month. A special leave petition (SLP) has been filed by the state government against the stay order dated June 28, 2021. The order by division bench comprising Chief Justice RS Chauhan and Justice Alok Kumar Verma dated July 28, 2021 stated, “Considering the concession made by Mr. S.N. Babulkar, the learned Advocate General for the State, this Court directs that the Stay Order dated 28.06.2021 shall continue till the Hon’ble Supreme Court pronounces its  judgment in the said SLP.”

Remarking that the standard operating procedure about social distancing while visiting to the hill stations is a joke, the court directed the government to implement laws regarding littering and spitting strictly. The bench said, “For, no one can be permitted to violate the Covid Appropriate Behaviour to jeopardize the lives of the local population.”

The court further issued a number of directions including availability of paediatric ventilators and paediatric wards in the government hospitals, the steps taken, if any, for filling up the vacancies of staff nurses, lab technicians, female health workers (ANMs) and the present status of the selection process, the presence, or the discovery of the Delta Plus variant in the state, the 300 samples which were sent to the NCDC lab at Noida, and whether any case of Delta Plus variant has been discovered in those 300 samples, or not among others.

The court also directed the state government to take a decision with regard to the increase in the stipend of the intern Doctors as expeditiously as possible, and preferably before the next date of this case.

The bench further directed the government to enforce the Uttarakhand Anti-Littering and Anti-Spitting Act, 2016, and to issue the necessary directions for the implementation of the same for the benefit of the competent authorities under the Act, to initiate a campaign for removing any superstition, suspicion, or misinformation that people may have with regard to vaccination for COVID-19, to increase the number of vaccinations being carried out throughout the state, to instruct all the district magistrates (DMs) to discover the number of physically challenged persons within their jurisdiction, who may be unable to come to the “Near to Home Vaccination Centres”.

The court keeping in mind the special needs of the ‘Divyang’ population of the state said, “As and when such persons are discovered by the District Magistrates, it shall be the duty of the concerned District Magistrate to ensure that those physically challenged persons, who cannot possibly leave their homes, are inoculated by the medical staff at their homes.”

The court further added that the DMs must ensure that in case any camps were to be held for the benefit of the physically challenged persons, the date, the time, and the place is informed well in advance to the community at large by the use of print and electronic media along with the necessary arrangements.

The court further directed the government to reconsider its decision of withdrawing the 25% reservation of beds in the private hospitals for the weaker sections of the society, to consider the audit report vis-à-vis the condition, the capacity, and the lack of infrastructure of the ambulances, which are attached with the district hospitals, to inform this Court with regard to the steps taken for filling up the lacunae pointed out in the audit report by the next date.