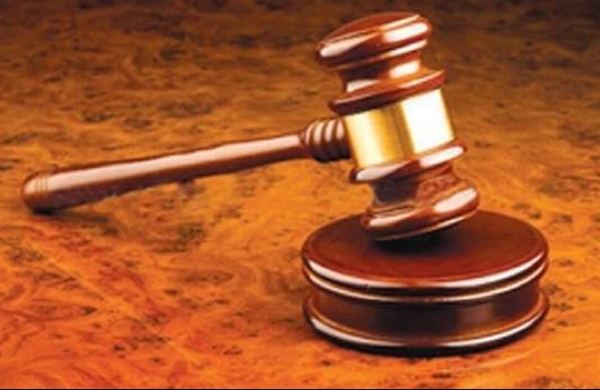 Express News Service
DEHRADUN: Uttarakhand high court on Wednesday while hearing a public interest litigation concerning Shivalik Elephant Reserve summoned the member secretary of the State Wildlife Board to be present in the court on the next date of hearing on March 17, 2021.

Abhijay Negi, counsel for the petitioner said, “The honourable court has already stayed the recommendation of the board that provided for the de- notification of the reserve. The subsequent government order issued on January 8, 2021 was separately stayed by the court by order dated January 11, 2021 while pointing out the need for sustainabledevelopment in the state.”

The PIL was filed by Reenu Paul, a resident of Dehradun. The court also granted further 10 days time to the center as well as Uttarakhand State Biodiversity Board to file their responses in the matter.

The petitioner, in the petition highlighted the conduct of the state government before the court, pointing out that despite the stay order passed on January 8, 2021 as against the decision of the board, on tye same date itself the state government came out with the present denotification and therefore the present denotification also merits to be stayed.

The petitioner also stated that the said decision of the state government was being taken without obtaining prior approval of the central government and was in violation of the Forest Conservation Act.

The Shivalik Elephant Reserve, spread over 5,000 sq km in 14 state forest divisions was notified in 2002. The move has invited ire of local population, environmentalists and activists.

After denotfication of the reserve in November 2020, in recreation of famous ‘Chipko Movement’ dating back to 1973, thousands gathered in Thano of Dehradun opposing felling of over 10,000 trees for expansion of Dehradun airport.

After an activist from Dehradun wrote to the Prime Minister’s Office (PMO) on November 16 appealing to save the Thano forest of the Shivalik Elephant Reserve, the PMO on Saturday assigned the matter to chief wildlife warden, Uttarakhand.

The move had come after, Dr Aanchal Sharma, a dentist by profession had approached various international organisations like United Nations Environment Programme (UNEP) through social media.

Total 85 lawyers from different parts of the country had requested the Chief Justice (CJ) of the Uttarakhand high court (HC) to intervene in the matter of Shivalik Elephant Reserve and protect it.

The lawyers in their letter requested the high court to “take suo moto cognisance of the entire situation in interest of the natural environment and conservation of wildlife and further quash the thoughtless decision of the Uttarakhand State Wildlife Board to denotify the Shivalik Elephant Reserve and restore the protection granted to the habitat and corridors of the wild Indian Elephants in the state of Uttarakhand.”

The state government had sought the NWB’s approval to transfer 243 acres of forest land to the Airports Authority of India (AAI) for expanding the airport.

The current length of runway at Jolly Grant Airport of Dehradun is 2,140 metres and it is proposed to be expanded to 2,765 meters with the construction of an additional 625 metres stretch for the runway.

Interestingly, Uttarakhand has lost about 50,000 hectares of its forests to ‘develop activities’ in last 20 years.