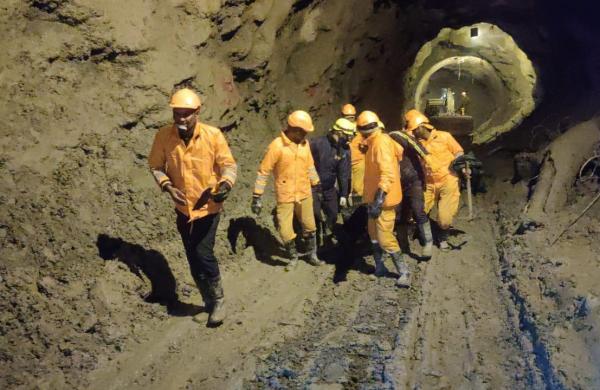 By PTI
GOPESHWAR: Two more bodies were recovered from the flood ravaged Tapovan-Vishnugad hydel project site, taking the death toll in the calamity in Uttarakhand to 67 even as search operations continued there for the 15th day on Sunday.

Three bodies had been recovered from the desilting tank near the Tapovan project barrage by Saturday evening while two more were extricated late at night, district administration officials said.

Search operation at the project site has been underway on a war footing basis for a fortnight since it bore the brunt of an avalanche triggered by a glacier burst over Rishi Ganga in Chamoli district on February 7.

The 13.2 mw Rishi Ganga hydel project was totally demolished in the avalanche while the Tapovan-Vishnugad hydel project suffered extensive damage.

The recovery of five bodies on Saturday takes the toll in the tragedy to 67 while 137 are still missing.

Chamoli District Magistrate Swati S Bhadauria had asked the NTPC to press into service additional excavators and divert the course of Dhauli Ganga to the other side so that its water does not flow through the barrage into Tapovan tunnel hampering sludge clearing efforts.