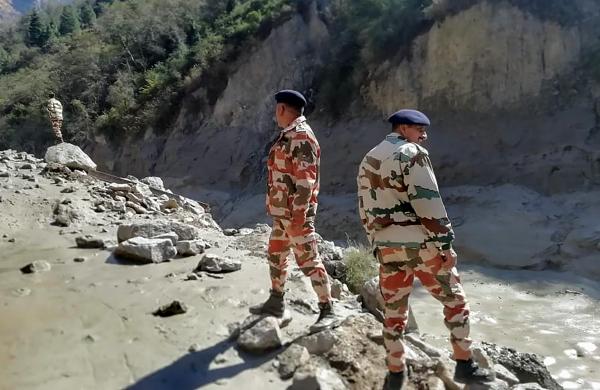 By PTI
NEW DELHI: The MeT department Sunday said no adverse weather events are expected over Chamoli, Tapovan and Joshimath in Uttarakhand on February 7 and 8, in a relief for the area hit by a major glacier burst.

PRESS RELEASE : WEATHER FORECAST FOR UTTARAKHANDDry weather is likely to prevail over Uttarakhand on 7 & 8 Feb. However, under the influence of a Western Disturbance, light rainfall/ snowfall is likely over northern part of Uttarakhand during evening of 9th to forenoon of 10th.
— India Meteorological Department (@Indiametdept) February 7, 2021

“No snowfall/rainfall is likely on February 7-8,” the IMD said in its special weather advisory for the state.

However, light rainfall/snowfall is likely in the northern parts of the Chamoli district on February 9-10, the advisory added.

Over 150 labourers working at a power project in Tapovan-Reni are feared dead, an Indo-Tibetan Border Police spokesperson said after a part of the Nanda Devi glacier broke off at Joshimath in Chamoli Sunday.

The glacier burst led to a massive flood in the Dhauli Ganga river and caused large-scale devastation in the upper reaches of the ecologically fragile Himalayas.

Officials said three bodies have been recovered so far and a massive relief and rescue operation is underway.