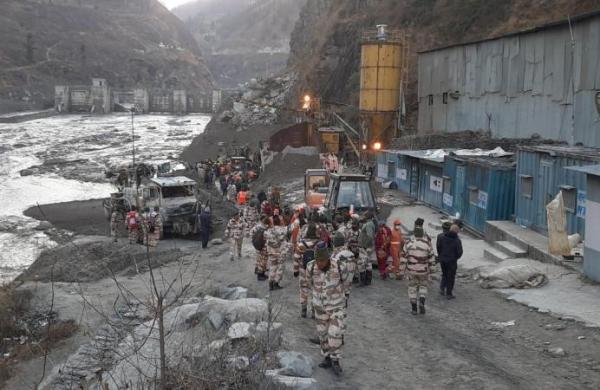 The Uttar Pradesh government has set up around the clock emergency control room and has released two helpline numbers — 1070 and 9454441036 — to facilitate distraught families lodge the detailed information about their near and dear ones stranded or missing in the hill state.

UP is also extending help to Uttarakhand in carrying out the rescue and relief operation.

“Till Monday evening, we had a list of about 40 people from UP who went missing in the incident. The relief commissioner’s office is in touch with the government of Uttarakhand and also with district magistrates of various districts for a list of people who are missing or need help or rescue. Details arebeing verified from each district,” said a senior government official.

Relief commissioner Sanjay Goyal said that his office was in the process of compiling a list of people from UP who have been impacted by the tragedy.

“Those who want to report missing persons should register their names on either 1070 or 9454441036. We are coordinating with the Uttarakhand Government to provide relief to affected persons as soon as possible,” he said.

Meanwhile, those who have gone missing include 33 labourers from Lakhimpur Kheri, five from Meerut, eight from Shravasti, five from Amroha and three from Saharanpur district of UP. Those, who hailed from the Lakhimpur Kheri, were working in the severely-affected Tapovan power project site.

The relatives of the workers have been unable to contact them, however as of now, there has been no information of their whereabouts.

Of the 33 labourers who hailed from Lakhimpur Kheri, bodies of two have been recovered. One of the labourers, who survived the tragedy, told his family that he survived but over 15 of his companions were either swept away or were still trapped in the tunnel.

Eight labourers from Shravasti are also traceable, They had been working on Rishi Ganga project in Chamoli. They all belonged to Motipur Kala village of Shravasti.

Those who hailed from Amroha included Rohit, 28, Mahipal, 35, Kavenidra Singh,25, Than Singh, 45, and Sunny, 24, are still missing with no trace. They all belonged to village Saunth under Nagli police station area in Hassanpur tehsil of Amroha district.

Those five who had gone from Meerut had been working on the installation of a Jio tower at Saraisoat, 18 km away from Tapovan power project site. They had been engaged in the project for the last four months. Similarly, the kin of the three missing persons who belonged to Saharanpur is inconsolable.

Those from Saharanpur had reportedly talked to their families last time on Sunday morning. Since then, there has been no trace of them with their mobile phones going switched off.

All those who hailed from Meerut had left home on February 4 and had reached Uttarakhand on February 6. They all were taken by a contractor named Saurabh Prajapati who was entrusted to get the manpower by HFCL, the firm looking after the installation of Jio mobile tower.