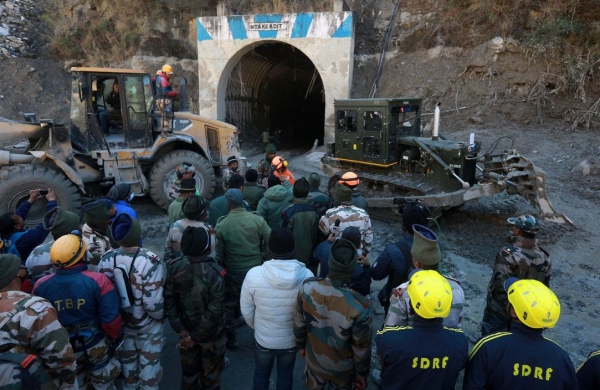 By Online Desk
CHAMOLI: At least 19 bodies have been recovered from multiple locations near the site of a glacier burst in Uttarakhand’s Chamoli district that rendered over 200 people missing.

The National Disaster Response Force (NDRF) on Monday informed that rescue operations following the flash flood may continue for 48 hours.

“There is accessibility issue because it is a tough terrain. By road, only two teams could manage to reach Joshimath, the remaining teams were airlifted. It is difficult to predict how long, but rescue operation can possibly take 24-48 hours,” SN Pradhan, Director General of NDRF, told ANI.

District Magistrate Swati Bhadoria said that the rescue operations are in progress in collaboration with NDRF teams.

“Rescue operations are in progress with the NDRF teams who have brought various equipment so that we could reach the people who are stuck in the tunnel,” she told ANI.

The rescue teams will also reach the villages that are affected due to the breakdown of a bridge.

“We have started rescue operations for 13 villages who are affected due to breakdown of the bridge and will provide them with food and medical assistance,” Bhadoria said.

“We are constantly receiving directions from the Centre with Prime Minister Narendra Modi keeping track. Home Minister Amit Shah is also reviewing the situation in every half an hour,” Pokhriyal said.

“It is a very difficult situation, but ITBP successfully rescued people from the first tunnel and now they are working on the second tunnel which is approximately three kilometers long. NDRF and the military are also on it. By afternoon we can expect some positive results,” he added.

The Indian Air Force (IAF) started the rescue operation on Monday morning and since then transportation of the required load from Dehradun to Joshimath, including 122 personnel, around 5T of load, and 6 rescue canines, has been completed.

“Starting from 6:45 am today, 6 Mi 17 sorties, 1 ALH sortie and 1 Chinook sortie have been carried out. Transportation of required load from Dehradun to Joshimath, including 122 personnel, around 5T of load and 6 rescue canines, has been completed,” said teh IAF.

Also, an Advanced Light Helicopter (ALH) was tasked with the reconnaissance of the affected area by six scientists of the Defence Research and Development Organisation (DRDO) along with their specialised equipment.

(With inputs from ENS and ANI)